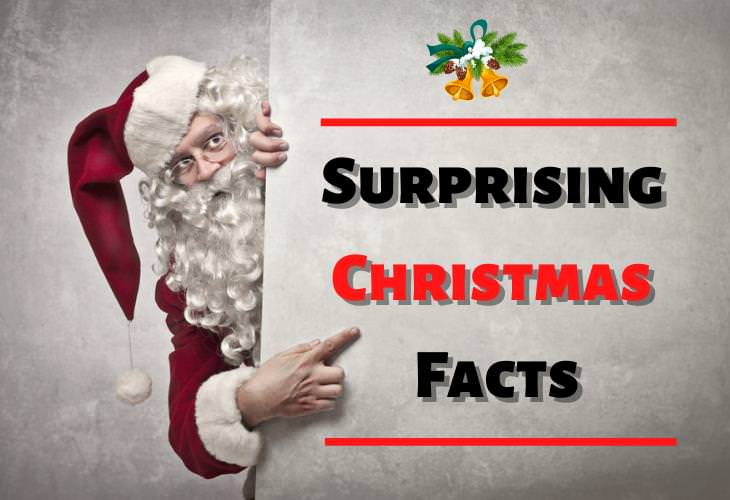 Millions of people all over the globe look forward to bright decorations, colorful lights, delicious food and jolly music as the year winds down. Yes, Christmas is here! How much do you really know about this fun holiday? Find out the ten facts you need to know about Christmas in these facts.

Discounts are often offered by many brands after Christmas, so smart people may take advantage of this and celebrate on the 25th instead. No matter what your motivation, sales shopping is a great opportunity to grab certain pieces. When will sales begin? We have everything you need to know.

1) Christmas celebrates the birth of Jesus Christ. This Christian holiday is believed to be the son of God. It is celebrated every year on 25, December, the day the Roman Catholic Church decided to celebrate Jesus’ birthday. However, it is not known when Jesus was actually born.

2) Did you know that not all Christians celebrate Christmas the same day? Christmas Day falls on 7th January in countries that have large Orthodox Christians such as Russia, Ukraine, and Romania.

3) “Christmas” is derived from the old English phrase Cristes maesse which means “Christ’s Mass”. What about Xmas? Many people believe this abbreviation is a modern one, but it actually dates back as far as the 16th Century. The Greek letter “Chi” is represented by the ‘X’. It’s the first letter of the Greek word for Christ, Khristos.

4) Christmas is a time when people all over the world have lots of joy! Many of the traditions that we enjoy today in the UK were created in Victorian times. These include Christmas cards, gift-giving, and crackers. Queen Victoria, and her husband Prince Albert, were avid Christmas fans!

5) Christmas Trees also became very popular in Victorian Britain. These were first found in 16th century Germany , where people decorated fir trees using fruits and nuts, and later with sweets, paper shapes, and candles. History has shown that this holiday tradition could have its roots in Ancient Egyptians and Romans who used evergreen garlands and evergreen plants as symbols of eternal life. Wow!

6) Norway sends a Christmas tree each year to London. It is decorated in Trafalgar Square with lights. The tree, which stands a tall 20m, is a gift to thank the UK for their assistance during World War II. It’s a tree-rich gift!

7) Christmas is incomplete without mentioning the big-bearded, rosy-cheeked man… Father Christmas Have you ever wondered how Santa Claus got his name? It comes from Sinterklaas. This means Saint Nicholas Dutch, which is the language of the Netherlands. St. Nicholas, a Christian bishop, lived in the fourth century. He was known for his kindness and generosity. He later became the patron Saint of children.

8) But Santa Claus is not the only Christmas character. There are many others around the globe! Italy has a kind witch named La Befana who is said to be flying around on a broomstick, delivering toys to children. In Iceland children are allowed to leave their shoes under the window for the 13 mischievous trolls known as the Yule Lads. The Yule Lads will give the child sweets if the child is good. But if they aren’t, they will leave them a rotten tomato.

9) Everyone loves to sing along to Jingle Bells. But have you ever noticed the song doesn’t include the word Christmas? Or Santa Claus or Jesus? It wasn’t originally a Christmas tune! The jolly anthem, One Horse Open Sleigh, was actually written in 1850 for Thanksgiving, an American holiday.

10) Imagine if Christmas was not real. It seems strange. Sad, perhaps? Believe it or not, Christmas celebrations were banned in England in 1644, and in the English Colonies of America soon thereafter! Members of the government believed that Christmas’ religious meaning had been lost and banned celebrations. Until Christmas was legalized again, some people celebrated the holiday in secret… nearly 20 years later!