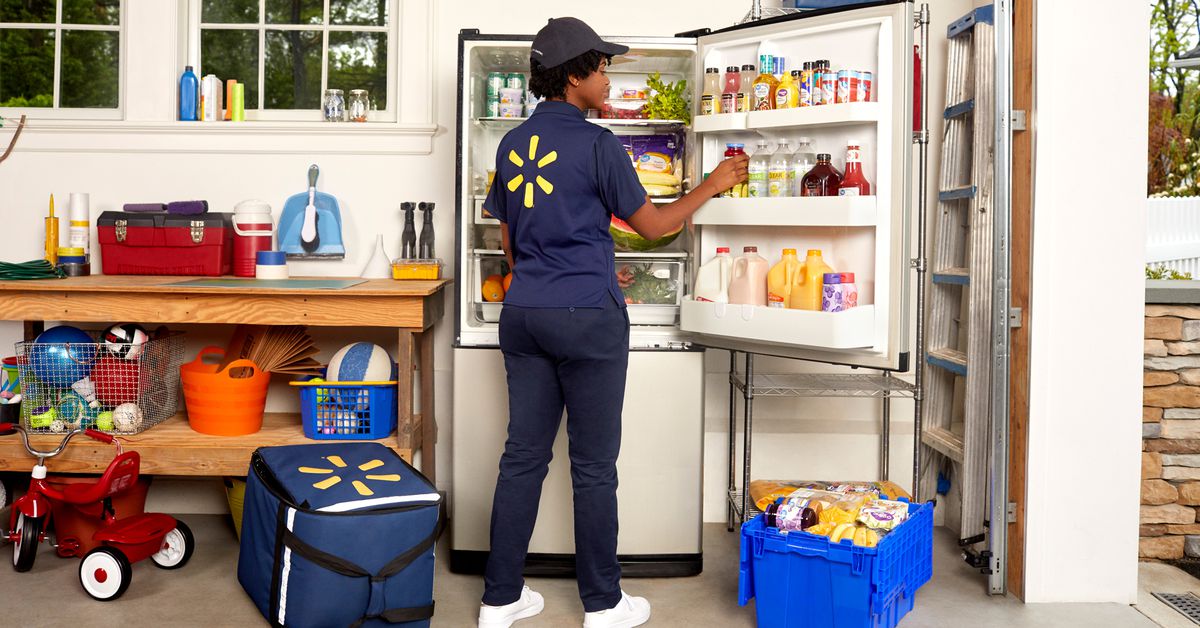 Walmart Make InHome Delivery Available for Walmart Plus For subscribers for an additional $7 per month or $40 per year. The service, which brings groceries and other goods from your local Walmart into your home, was previously available as a separate subscription that costs $19.95 per month or $148 per year.

InHome’s new annual price of $138 is $10 less than the previous annual pricing of InHome alone, and it also comes with Plus membership perks. Of course, this does not count the additional fees associated with the purchase Compatible Smart Lock Level $49.95$49.95 Genie automatic garage door opener, or garage keypad (if you don’t already have one) that delivery drivers will use to open your front or garage door.

Amazon launched a similar service in 2017 called Amazon Key. Like InHome, Amazon Key lets delivery drivers into your home — or garage — to deliver shipments and requires the purchase of a smart lock or garage door opener. Amazon also added an extra feature to its Prime subscription earlier today and will now give US members a free one-year subscription to GrubHub Plus.

While new Walmart plus subscribers will have the option to choose a Plus plan that includes InHome delivery, existing Plus members can choose to upgrade their subscription to access the service. Without InHome delivery, the Plus plan costs $12.95 per month or $98 per year. It offers a variety of perks other than priority access to hard-to-obtain electronic devices, including free shipping and grocery deliveries, discounted gas, as well as survey and go shopping.

In addition to introducing the new plan, Walmart announced that it is expanding its InHome service to more cities, including Miami, Tampa, Orlando, Dallas, Austin, San Jose and San Francisco, a move that Walmart says nearly doubles the scope of its services. The company first introduced InHome in 2019 and plans to reach 30 million households by the end of this year. To support the expansion, Walmart said in January it would hire 3,000 additional delivery drivers and develop an all-electric fleet of delivery cars, some of which it has already ordered from General Motors’ BrightDrop.

“InHome has one of the highest customer experience ratings in the business, and now we’re making it easier to access in more locations as we grow to reach more than 30 million households by the end of the year,” Whitney Begden, InHome’s vice president and general manager, said in a statement.