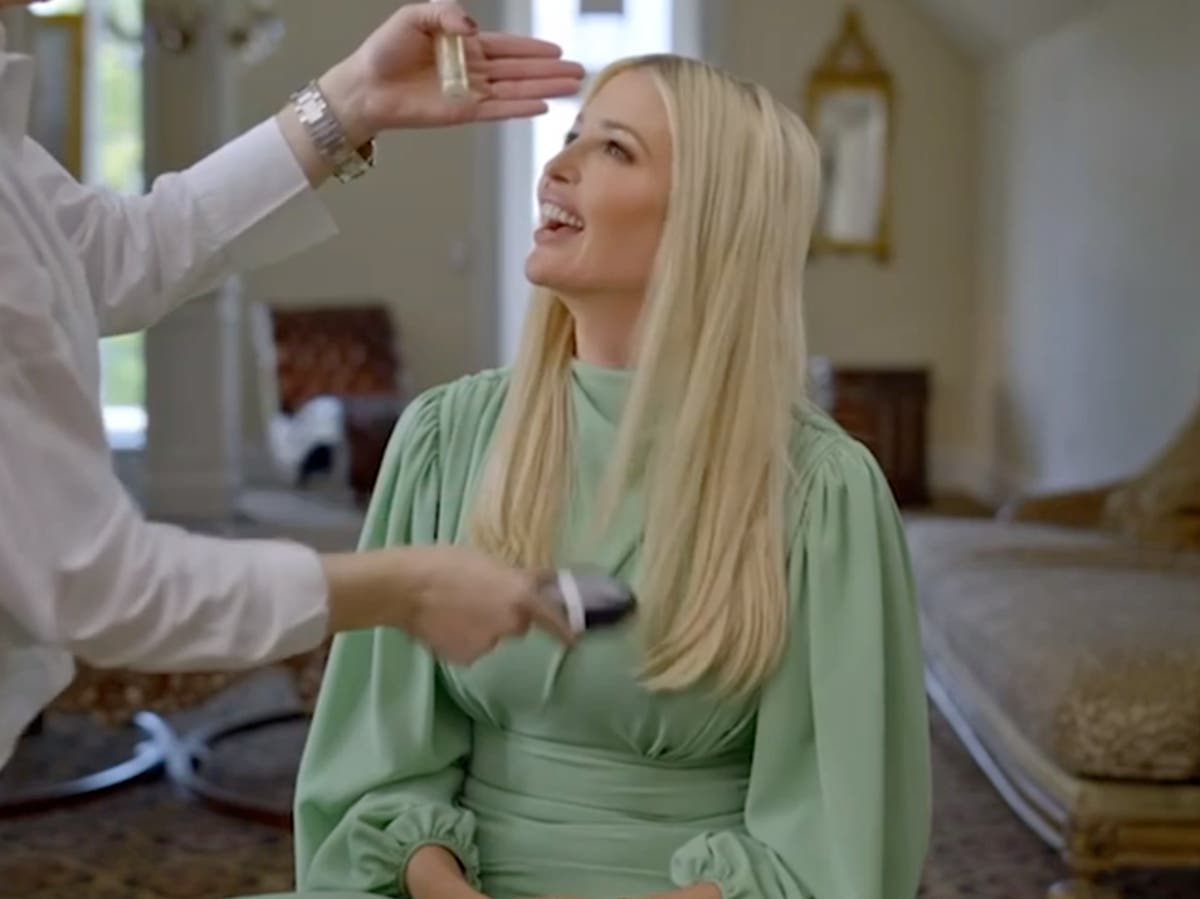 A new trailer for the documentary The Bomb was released on January 6 that rocked the Congressional investigation into the Capitol riots.

stills from Unprecedented He reveals the astonishing level of access provided by the former First Family to British director Alex Holder.

In the trailer, Ivanka Trump can be seen joking about using a dog to cover her wrinkled dress, and her brother Eric is also seen receiving a mysterious call. It also includes Ivanka’s husband Jared Kushner and older brother Don Jr.

The trailer, which lasted about two and a half minutes, was part of a slide of footage that Holder turned over to the House Select Committee investigating Jan. 6 under a subpoena.

Mr. Holder appeared before the Committee in private on 23 June.

Clips from meetings with Eric Trump and Mrs. Trump were previously reported, as well as excerpts from Holder’s conversations with Mr. Trump and then Vice President Mike Pence.

In the new trailer, Ivanka is concerned about a line appearing on her dress in stills and jokes that she could use the makeup artist’s little dog to cover it up.

“Can I borrow your dog?” She asks.

“Is this good?” asks Kushner as he ties back his tie.

“We will make liberals cry again!” Mr Trump Jr can be seen screaming at a rally.

“For this country, we’re going to get these guys,” says Eric Trump, who is pictured making a phone call.

The fast-paced trailer is set to music by Vivaldi. The number of text overlays specifies the string brace.

“Watch the 3-part documentary…With exclusive access…to the world’s most controversial families… Gaining power is easy… Giving up is not.”

January 6 is the escalation of the trailer where the music stops and Mr. Trump can be seen in “Stop the steal!” Pool in downtown Washington, DC.

“Let’s all walk down Pennsylvania Avenue,” Trump told his supporters.

A photographer joined Trump fans as they marched toward the Capitol.

“We have to get the cockroaches out, all of them,” a man shouted into the camera as he apparently pointed at the Capitol.

Then rioters are shown entering the Capitol and attacking the riot police.

Towards the end of the trailer, Mr. Trump can be heard asking: “Do you miss me yet?”