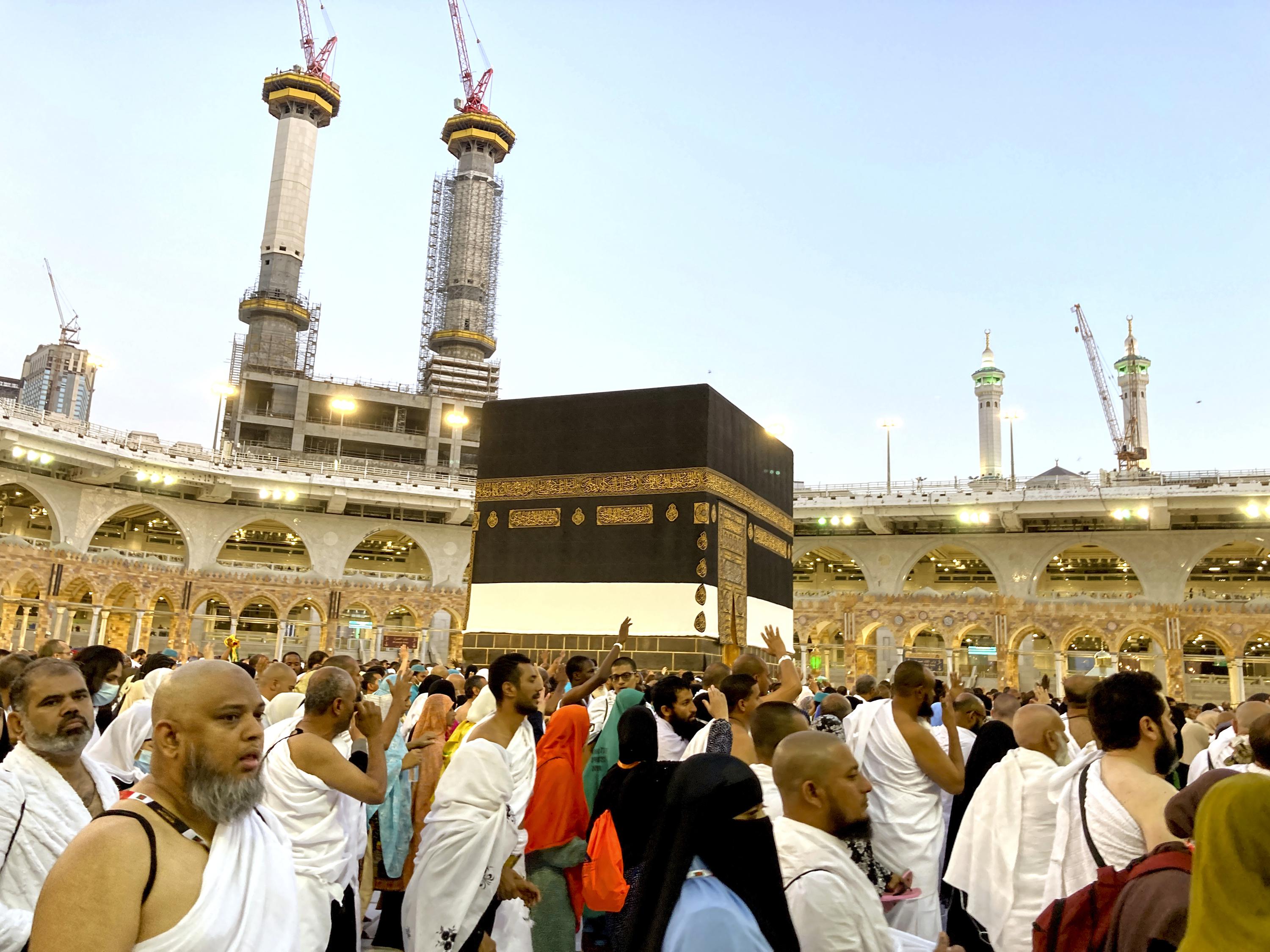 MAKKAH, Saudi Arabia (AFP) – One million Muslim pilgrims gathered in the holy city of Mecca in Saudi Arabia on Wednesday for the largest pilgrimage since the coronavirus pandemic severely limited access to one of the Five Pillars of Islam.

Saudi Arabia’s decision to allow about 850,000 Muslims from abroad to perform the annual Hajj, which begins on Thursday, is a major step toward returning things to normal after two years of drastically curtailing the pilgrimage to Saudi residents.

The one million foreign and domestic pilgrims participating is still far less than the 2.5 million Muslims who traveled in 2019 for the Hajj.It is usually one of the largest in the world. Those performing this ritual this year must be under 65, vaccinated against the coronavirus and tested negative for COVID-19 within 72 hours of travel. Pilgrims are selected from among millions of applicants through an online lottery system.

Saudi officials inspected the Haram al-Sharif on Wednesday and confirmed their “readiness” to receive pilgrims, with the aim of “preserving public health.”

After the spread of the Corona virus in 2020, the Saudi authorities allowed only 1,000 pilgrims already residing in the kingdom to attend, prompting historians to compare the disruption of the storming of the site by religious extremists to the dramatic closure of 1979.

Last year, the Hajj was similarly restricted to the 60,000 fully vaccinated Muslims living in Saudi Arabia. The unprecedented restrictions sent shock waves across the Muslim world, decimating many believers who had spent years saving for religious rituals.

But this year, Saudi authorities are keen to ease virus restrictions. The religious pilgrimage brought in $12 billion before the pandemic – the largest proportion of Saudi Arabia’s GDP after oil.

Although cases of the virus are steadily rising to more than 500 a day in Saudi Arabia, the government lifted the mandate for indoor masks and other virus precautions last month. Nearly 70% of the country has been vaccinated against the virus.

The Qur’an says that all followers of Islam who are physically and financially able to perform Hajj once in their lifetime. Pilgrims travel to Mecca from all over the world to spend five intense days of worship, performing a series of rituals.