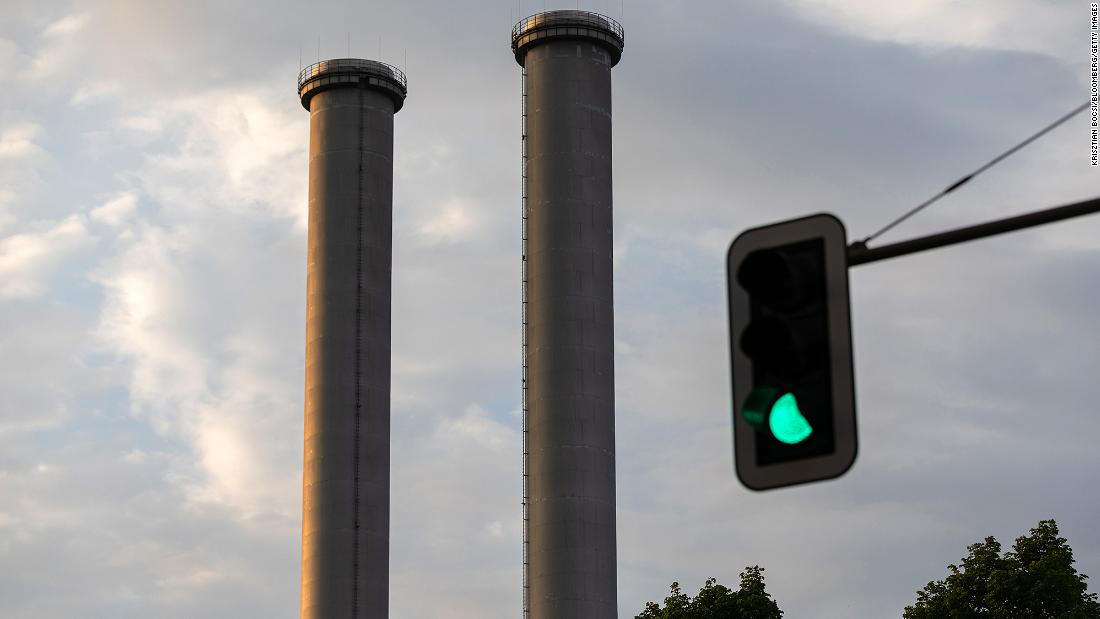 The new rules, if accepted by member states, could unlock billions of dollars in private investment and government support for natural gas and nuclear projects.

The rules will go into effect in 2023, unless 20 of the 27 EU member states reject them, which is unlikely. Most member states – including heavyweights such as Germany and France – have subsidized at least one energy exporter.

The European Commission has argued that natural gas – a fossil fuel made primarily of methane, which is a major contributor to the climate crisis – plays a key role in the shift to renewable energy, infuriating climate activists and some lawmakers. Typically less carbon dioxide is emitted than coal, but critics argue that more focus should be placed on promoting renewable energy, and that supporting new gas projects will only extend the life of fossil fuels.
On the other hand, nuclear power is “green” in that it does not directly produce carbon dioxide emissions. The arguments against it usually revolve around safety, including how to store the radioactive waste it produces. Nuclear plants are also expensive and projects are often delayed.

Bas Eckhout, a Dutch Greens lawmaker from the Netherlands and a member of the European Parliament, said he had “never seen such a strategic mistake by the Commission”, describing natural gas as “sustainable” in contrast to the EU’s pleas for the rest of the world. to remove carbon from their economies quickly.

“We are undermining the entire credibility of our green deal,” he previously told CNN, referring to key EU climate legislation. “And on the gas side, I really don’t see it. I fail to see the added value.”

While the proposal came months before the Russian invasion of Ukraine, it gained traction after the European Union responded to the war by banning Russian energy sources such as coal and oil, on which European countries were heavily dependent.

The European Union has pledged to reduce greenhouse emissions by 55% from 1990 levels by 2030 and to become a net-zero-emissions economy by 2050. Net zero is where emissions are significantly reduced, and any remaining emissions are offset, whether using natural methods Such as planting trees or technology to “capture” emissions. The effectiveness of this technology is currently limited.

“This will delay a much-needed real sustainable transition and deepen our dependence on Russian fuel,” Greta Thunberg, a Swedish climate activist, Tweet in response to the vote. “Hypocrisy is amazing, but unfortunately not surprising.”

Environmental groups are expected to challenge the new rules in court. Already, groups like Greenpeace and the World Wildlife Federation have said they plan to sue the European Union over the policy.

“Gas and nuclear are not friends, and calling them as such is a blatant greenwashing. It is detrimental to the climate and future generations,” Esther Assen, director of the European Policy Office at the WWF, said in a statement. “We lost this battle, but we will not give up the fight. [We] It will explore all potential avenues for further action to stop this greenwashing and protect the credibility of the entire EU classification – and calls on Member States and MEPs to do the same.”