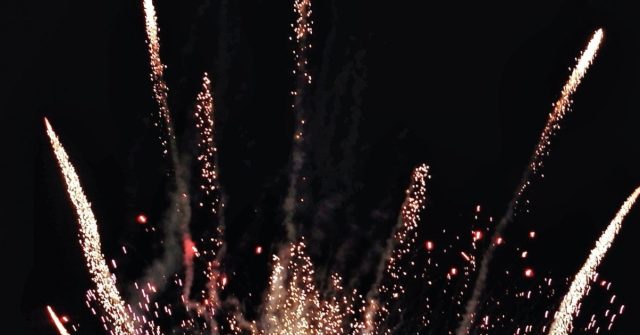 A mob of about 80 people attacked a police station in Champaigne-sur-Marne on Sunday night, firing projectiles and fireworks into the building after a man was arrested at a local football match.

The attack occurred around 9 pm on Sunday when a mob estimated to number between fifty and eighty people targeted the police station with fireworks with mortars and other projectiles thrown at the building. The officers were said to have responded to the violence with about 12 tear gas canisters.

The arrest at a local football match is believed to have sparked the attack on the police station when the arrested man expressed his discomfort, which police say was fake and gave the impression to others that the officers were excessively violent with the man, Actu17 Reports.

Reza Belhaj, Administrative Secretary of the Trade Union Unit of the SGP Police Unit, commented on the violence, “All of this has become really worrying,” and added, “This is the second attack on this police station in 15 days. It becomes unwarranted violence. There are fewer. And fewer individuals and more and more attacks. We cannot accept that our colleagues cannot operate safely.”

Attack on a French police station on consecutive nights with Molotov cocktails and fireworks https://t.co/c8zz7nxOn4

Another incident occurred at a French police station just before the weekend on Friday in Avignon and saw a man on a terrorist watch list. Attacking a local police station While he was shouting “Allahu Akbar” before his arrest.

The 35-year-old, who is said to be a radical Islamist, is also known to have psychological problems and is said to have not taken his medication when needed. While initially questioning him, local prosecutors later dismissed the case.

Attacks on French police stations and police officers themselves are not uncommon in France in recent years, such as the 2019 incident where a police station was attacked for two consecutive nights in Les Olys after a football victory for the Algerian national team.

Violence against the police has become so prevalent that an estimated 35,000 police officers and citizens supporting them took to the streets of Paris last year to demonstrate against the issue and demand that the government do more to tackle the problem.