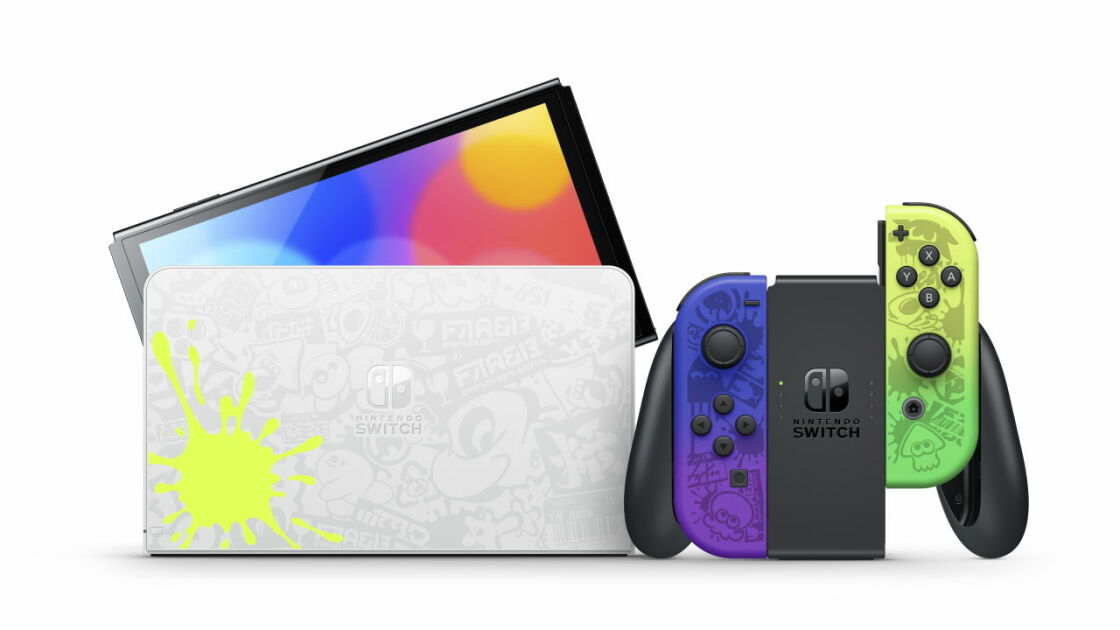 Ahead of Splatoon 3’s launch on September 9, Nintendo is set to offer a limited edition OLED Switch console as well as a compatible Pro controller.

The Splatoon 3-themed Switch will be sold separately from the game and two weeks in advance on August 26th. Comes “decorated with cheerful, squid imagery straight from Splatsville,”

The console dock is covered in graffiti, while the Joy-Con controllers use a blue/purple (left Joy-Con) and yellow/green (right Joy-Con) gradient design on the front. The Switch itself also has graffiti on the back cover.

A Splatoon 3 Nintendo Switch Pro console will be available alongside the game on September 9. It mirrors the blue and yellow design of the Joy-Cons, with Splatoon images included on the cover below the buttons and thumbsticks.

And if that’s not enough Splatoon 3 for you, Nintendo is also releasing the Nintendo Switch Splatoon 3 Edition carrying case.

Buying the whole set can be difficult because of the demand, and it certainly won’t be cheap. The OLED Switch will be available for pre-order from a number of retailers for $359.99. The pro console will cost $74.99, the carrying case is $24.99, and the game will be It costs $59.99 the usual(Opens in a new window) We’ve all expected Nintendo’s first-party Switch titles. Total spend: $519.96.