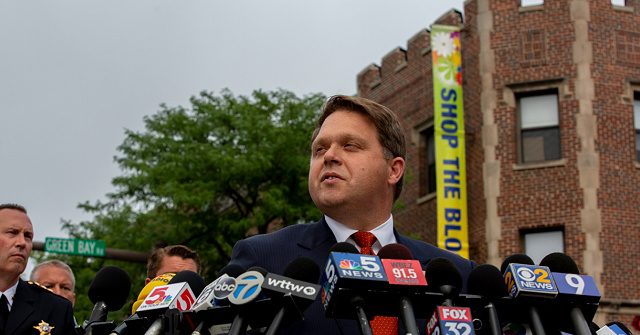 Yahoo news pointed That Reinhart announced seven counts of murder against the suspect in his shooting and praised Illinois’ red flag law.

Hours after the heinous attack took place on July 4, Breitbart News noted that it happened despite Illinois’ red flag law and several other gun controls.

In addition to praising his state’s red flag law, Reinhart called for a ban on “assault weapons.”

On July 5, 2022, Breitbart News noted that Highland Park banned “assault weapons” in 2013, but that the July 4 attack occurred despite that ban.

Additionally, Illinois has a licensing system for gun owners. The system uses Firearms Owners Identification (FOID) cards, issued by the Illinois State Police, as a licensing mechanism for people wishing to purchase and own a gun. Only individuals with a FOID card can legally own a weapon.

Breitbart News reported that the Highland Park shooting suspect had a FOID card, which allowed him to legally purchase guns in Illinois.