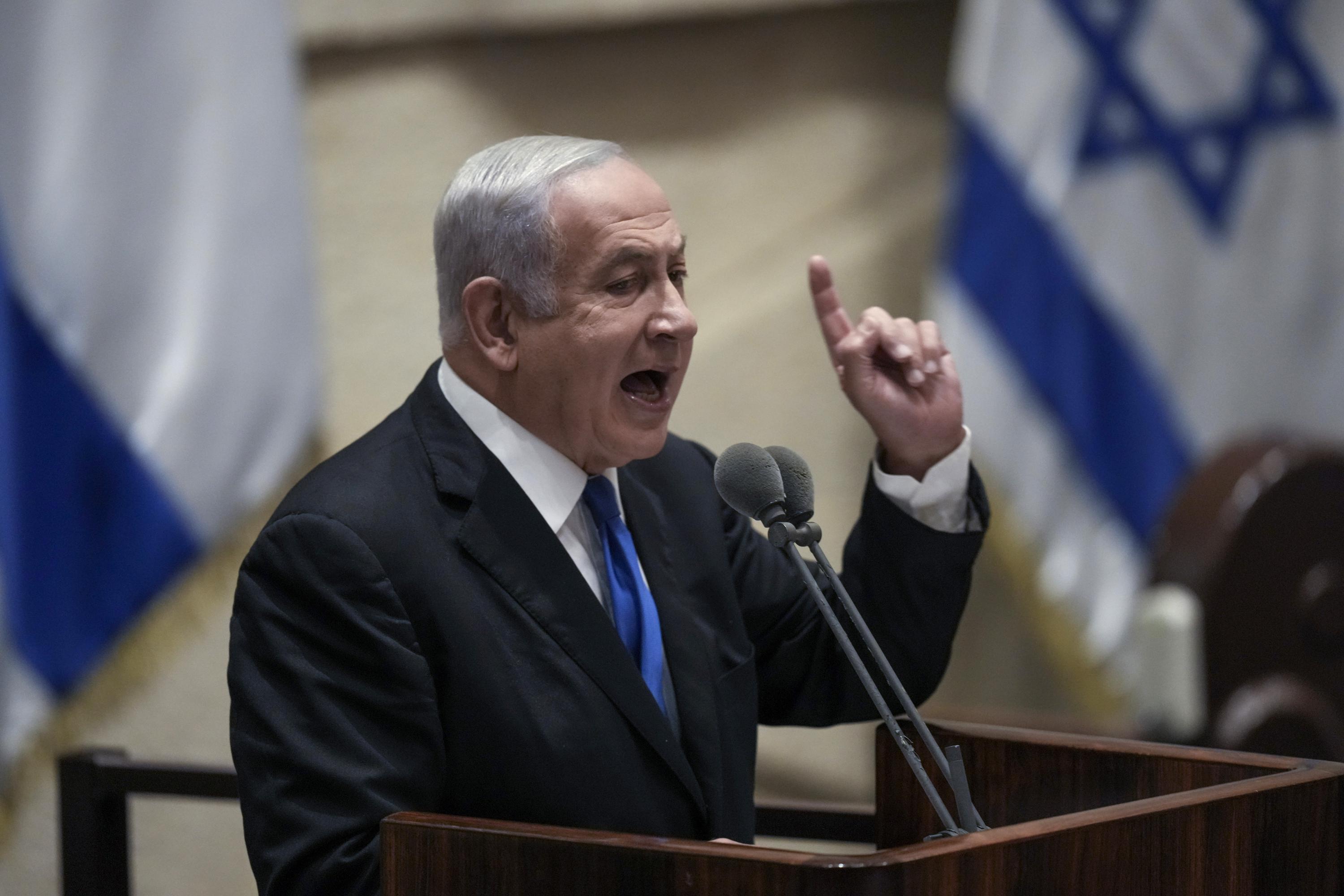 Jerusalem (AFP) – A key witness in former Prime Minister Benjamin Netanyahu’s corruption trial has testified that its billionaire boss ordered her to deliver gifts of champagne, cigars and expensive jewelry to the then Israeli prime minister in a scandal amid the country’s political crisis.

Expensive gifts lavished by wealthy friends on the former Israeli leader are the subject of one of three corruption cases against Netanyahu. He is accused of fraud, breach of trust and accepting bribes and the charges he denied and dismissed as part of an attempt to remove him from office.

Hadas Klein, an aide to a longtime friend of the former prime minister, testified on Tuesday using the prime minister’s nickname, that the Netanyahu family “loves gifts, they like pink champagne and cigars for Bibi.”

The ongoing trial – already in its second year – addresses allegations that while in office Netanyahu accepted gifts worth hundreds of thousands of dollars from Hollywood film producer Arnon Milchan and Australian billionaire James Packer.

Klein, Milchan’s longtime aide, told the Jerusalem District Court she was instructed to buy gifts for the prime minister and his wife so Milchan could stay in the couple’s favour.

In an additional testimony on Wednesday, Klein provided cigar receipts amounting to about $12,000 and described the demands of then-prime minister’s wife, Sarah Netanyahu, for champagne bottles and jewelry, Israeli media reported.

During the emotional testimony, Klein also spoke of her abuse, telling the court that the Prime Minister’s wife yelled at her when she failed to deliver the requested gifts.

The indictment alleges that Netanyahu used his position of power to advance Milchan’s interests, representing a conflict between his public duties and personal friendship. Netanyahu has provided personal favors to Milchan, including asking US officials to extend Milchan’s US residence permit and expanding Israeli regulations exempting Israeli returnees from declaring foreign income, according to the indictment.

Netanyahu refutes allegations of wrongdoing, saying he did not act in Milchan’s personal interests, but rather occasionally acted against them. He says the gift exchange was just friendly gestures.

In other cases against Netanyahu, he was accused of trying to organize positive coverage in a major Israeli newspaper in exchange for promoting legislation that would have stymied the news source’s main competitor, a pro-Netanyahu daily. The third, dubbed Case 4000, alleges that Netanyahu promoted a bill worth hundreds of millions of dollars for the owner of Israeli telecom giant Bezeq in exchange for positive coverage on its news site Walla.

Israel heads to its fifth elections in less than four years in November. The country has been mired in a protracted political crisis – with the past four elections deadlocked – largely due to wide divisions in the public over Netanyahu’s ability to serve while indicted.

Netanyahu was ousted from office last year after eight ideologically diverse parties joined forces to form a coalition government that was largely associated with more than just shared indifference to Netanyahu. The alliance collapsed last week after months of infighting and defections.

He still leads the dominant Likud party, the largest in the Israeli Knesset, as the country heads to another parliamentary election. The stinging testimony also comes as the country’s political discourse centers around the rising cost of living, inflation and the financial struggles of the middle class.

Opinion polls indicate that Likud will again be the largest party after the elections. But it is unclear whether she and her religious and nationalist allies will control the parliamentary majority required to form a new government.