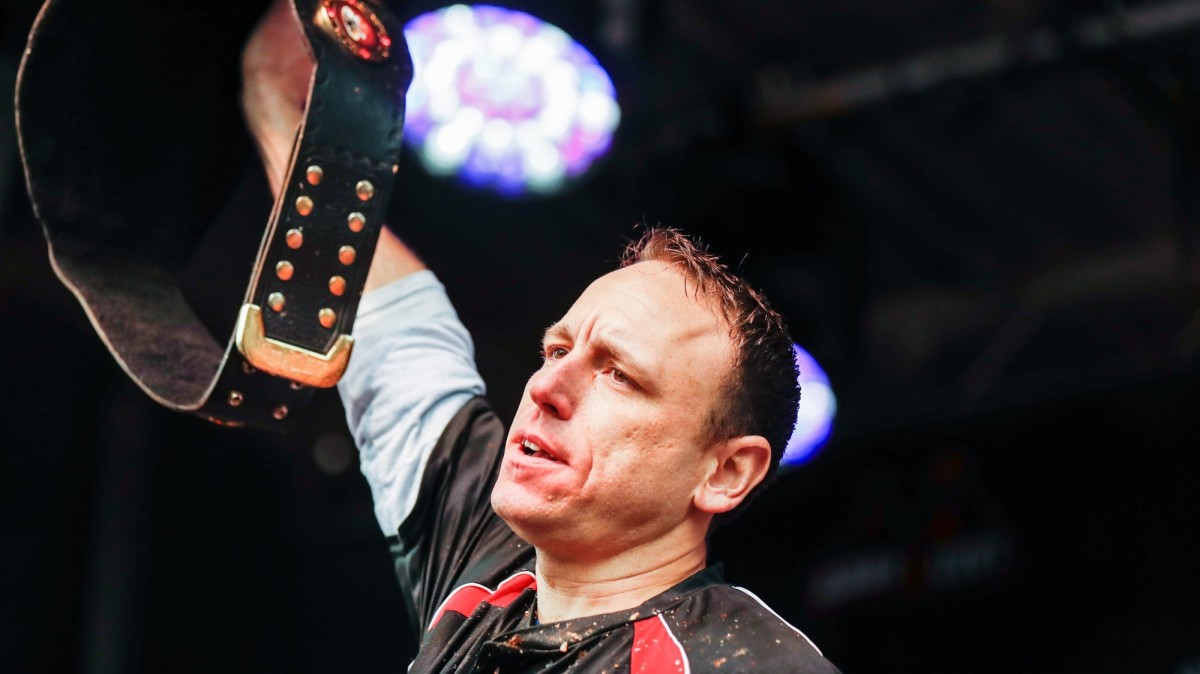 As it has become a great American tradition, Joey Chestnut once again won the annual Nathan’s Hot Dog competition on Monday. But by winning his 15th title in 16 years on July 4, Chestnut had to deal with an unexpected protester who made his way onto the stage while the 38-year-old was in hiding.

Instead of security getting involved in the incident, Chestnut took matters into his own hands by putting the protester, dressed as a Star Wars, in a head lock before throwing him aside and continuing to eat.

But chestnut said on Tuesday USA Today Sports He wished he had not acted in this way towards the protester, describing it as an “unfortunate” situation.

“As soon as I caught the guy, I realized he was a kid,” Chestnut said. USA Today Sports. “I felt so bad afterwards. I was just excited, just focused on getting back to eating. … It’s a big deal.”

The protester has been identified as 21-year-old Scott Gilbertson, who has been charged with criminal trespassing, disorderly conduct and harassment according to the New York Police Department. Gilbertson was part of three protesters holding signs that read “Expose the Death Star in Smithfield,” protesting against pork producer Smithfield Foods.

Because Gilbertson was wearing a mask, he said he didn’t realize he had made his way next to a chestnut. Gilbertson said after being locked up USA Today Sports That he believed Chestnut was a “security guard” and that he felt Chestnut’s reaction was unnecessary.

Chestnuts ate 63 hot dogs in the competition, 13 fewer than they did last year but still 15.5 more than runner-up Jeffrey Esper, winning the event for the seventh year in a row.