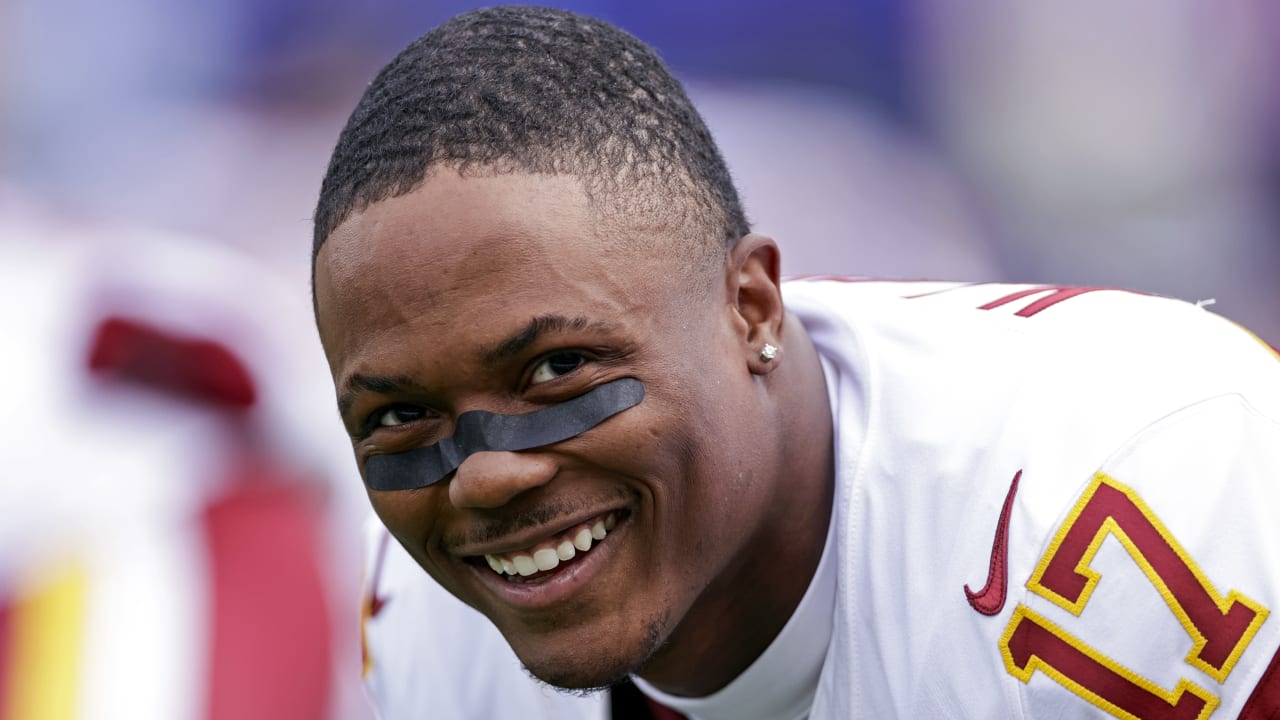 Terry McLaurin met with the media on Wednesday for the first time since signing a lucrative three-year extension with Washington’s leaders, a decision that was inevitable in hindsight but for now it’s not certain for those outside the building.

However, MacLaurin believed – and took all the way to the bank.

McLaurin revealed: “I honestly felt confident.” “From talking to my agent, Paddy (Baker), to the conversations I had with coach (Ron) Rivera, it was very clear that they wanted me to be here, and I wanted to be here.”

The recipient added, “You’ll never know until you know, but I’ve always had the feeling this will come to an end.”

McLaurin has been away from the team throughout off-season training, including the mandatory junior camp, where the fourth-year receiver was cornered for a new – and well-deserved – deal. The captain’s star said he was training in Florida while his teammates played in Ashburn, Virginia, and expressed unease about being away from the club, including new quarterback, Carson Wentz.

“It was weird,” McLaurin said. “I don’t miss training, even when I get a blast sometimes.” “I know how important these actors are. I know how important building chemistry is, especially during this time, not just in the field, not just in chemistry but the camaraderie in the locker room. That was really hard for me. But you understand the work and what needs to be done.” “.

It would be a quick turnaround for MacLaurin after pressure on Wednesday, with the receiver saying he was jumping straight on a plane to California to work with Wentz, his ninth QB in four seasons in DC, and get those reps he’s been missing for June.

“My main priority and mindset with every midfielder is to give my best and make them look good in whatever shape, shape or form I can,” McLaurin said. “I’ve never tried to focus on how many players I have, and even though you want to try to connect with a guy and get some continuity, I’ve had fun and learned from all the quarterbacks” E up to this point.

“One thing that stuck with Carson is he’s a very personable guy. He’s someone we’ve communicated with on a very neat level since he got in. Even during the process, he’d reach out to me, check on me. I’d ask how workouts were going and things like that. That’s why I can’t wait to get out. From there and start playing with him because now we put football together, and we have to start forming that connection on the field.”