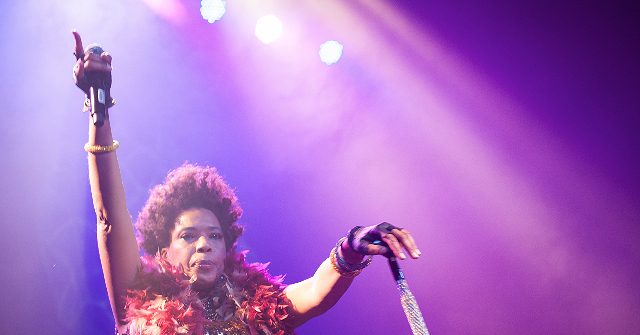 R&B singer Macy Gray has been accused of “transphobia” after saying “just because you go and change your parts doesn’t make you a woman”. The singer responded to the attacks, saying that she simply knew the word “women”.

Gray came under fire on Monday after Piers Morgan told the woman that the woman was “a human being with breasts – and a vagina”.

“I will say this—and everyone will hate me—but as a woman, just because you go and change your parts doesn’t make a woman. Sorry,” Gray added. “I really know that.”

“What a woman goes through is a completely unique experience and surgery or finding yourself doesn’t change that.”

“If you want me to call you ‘she’, I will, because that’s what you want. But that doesn’t make you a woman, just because I called you ‘she’ and just because you had surgery,” the singer continued.

“Women go through a totally unique experience. And surgery or finding yourself doesn’t change that. Being a child is a complete epic book, and you can’t have it just because you want to be a woman,” Gray emphasized.

After Morgan suggested she might be labeled “transphobic” for saying these things, the singer said, “But it’s the truth, and I don’t think you should be labeled a transphobic just because you don’t agree.”

“There are a lot of judgments and throwing stones at people just for saying what it is,” she added.

In a statement to Fox News Digital on Tuesday, Gray said she “has nothing but love for the LGBTQ+ and transgender community, and has been supportive since day one.”

“My statement on Piers Morgan was grossly misunderstood,” the singer added. I don’t hate anyone. I respect everyone’s right to feel comfortable in their own body and to live their truth.”

Transgender activists and leftists call Gray “the ignorant,” “transphobic,” and “TERF” (transgender radical feminism), which refers to feminists who do not include biological men they believe to be women in their advocacy of women’s rights.