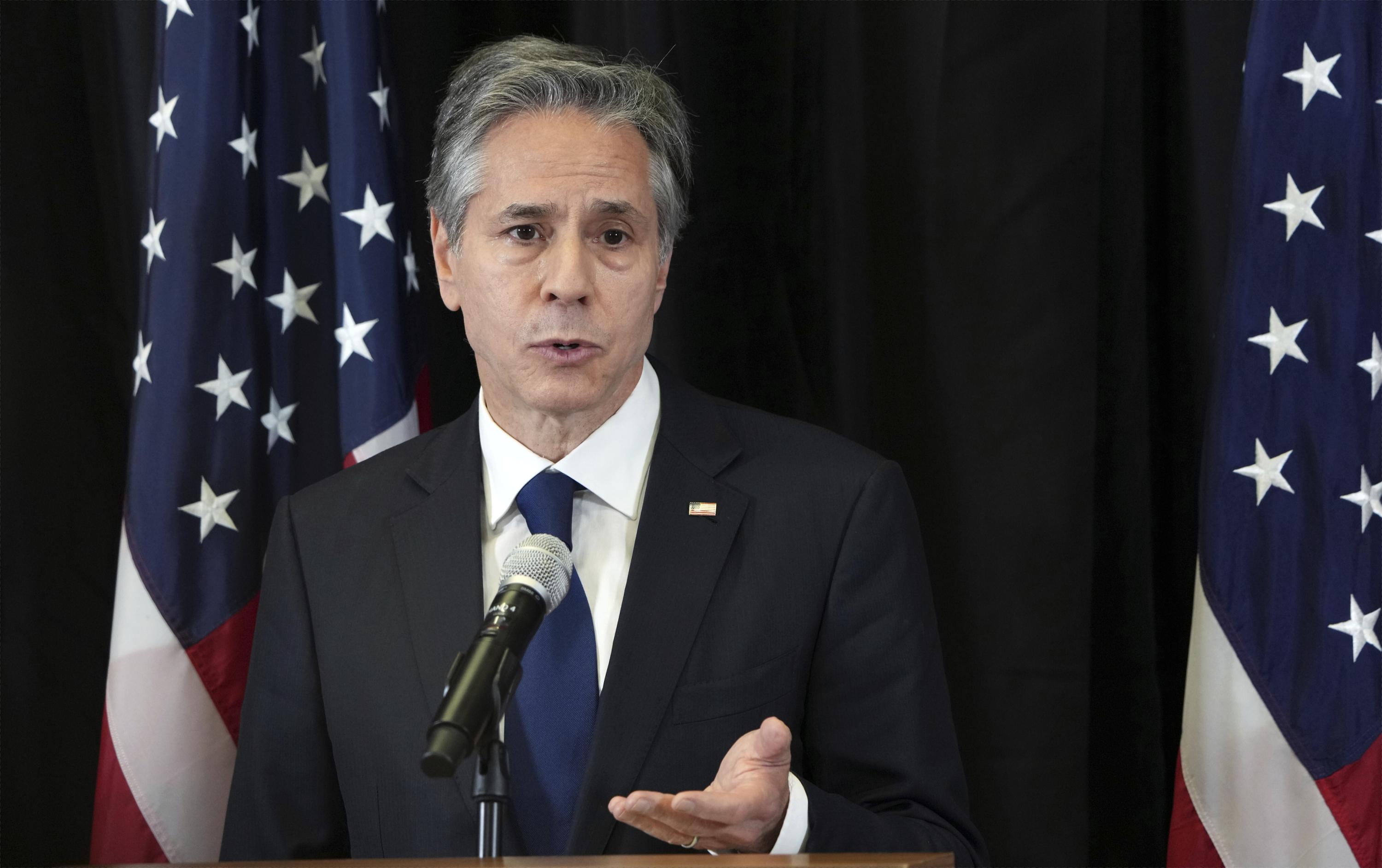 Washington (AFP) – The foreign ministers of the world’s largest countries are looking to tackle the war in Ukraine and its impact on energy and global food security when they meet in Indonesia this week. However, rather than providing unity, the talks may exacerbate existing divisions over the conflict in Ukraine.

US Secretary of State Anthony Blinken, Russian Foreign Minister Sergei Lavrov and Chinese Foreign Minister Wang Yi are scheduled to attend the G20 meeting in the Indonesian resort of Bali.Which will pave the way for a summit of G20 leaders to be held at the same venue in November.

It would be the first time Blinken and Lavrov have been in the same room, let alone the same city, since January. There is no indication that the two will meet separately, but even without a one-on-one meeting with Lavrov, Blinken could find himself in some difficult discussions.

The State Department announced Tuesday that Blinken will hold separate talks with Wang at a time when US-China relations are already extremely strained due to the friendly relations between Beijing and Moscow.

And unlike in recent leaders-level meetings with NATO and other like-minded partners, Blinken will find himself among diplomats from countries concerned about the US approach to Ukraine and concerns about its impact on them.

US officials say that apart from Wang, Blinken will hold bilateral talks in Bali with their counterparts from countries that did not agree with the West over the Russian invasion, notably India, which has increased its purchases of Russian oil even with the United States and Europe. They tried to stifle this revenue stream for Moscow.

Announcing that Blinken would meet with Wang in Bali, the State Department didn’t have much to say about the possibility of seeing Lavrov, who has shunned the United States since the Ukrainian invasion in February.

The ministry said there would be no formal meeting between Blinkin and Lavrov, who are accused by US officials of not being serious before, during and after the invasion of Ukraine.

“We’d like to see the Russians get serious about diplomacy,” State Department spokesman Ned Price said. “We have not seen that yet. We would like the Russians to give us a reason to meet with them on a bilateral basis, with Foreign Minister Lavrov, but the only thing we have seen stemming from Moscow is more brutality and aggression against the people and country of Ukraine.”

The Biden administration maintains that there can be no “business as usual” with Moscow as long as the war continues. But neither Price nor other US officials can rule out the possibility of Blinken-Lavrov meeting in Bali, which would be the first since they last met in Geneva in January.. Price declined to discuss what he called the “choreography” of the G-20.

Like almost all recent international diplomatic gatherings, the Bali meeting will be overshadowed by Ukraine. But unlike the Western-dominated G7 and NATO summits in Europe last week, the G-20 will have a different flavor.

China and many other participants, including India, South Africa, and Brazil, resisted signing up to stiff American and European opposition to the Russian invasion. Some have flatly rejected Western pleas to join in condemnations of the conflict, which the United States and its allies see as an attack on the rules-based international order that has prevailed since the end of World War II.

Thus, it may be difficult to achieve G-20 consensus on efforts to mitigate the food and energy effects of the conflict in Ukraine, particularly with China and Russia in the room. That wouldn’t stop the United States from trying, according to US officials.

They want to see the G-20 put its weight behind a UN-backed initiative to free up about 20 million tons of Ukrainian grain for export mainly to the Middle East, Africa and Asia.

“We would like the G20 to hold Russia accountable and insist that it supports this initiative,” said Ramin Toloi, Assistant Secretary of State for Economic and Trade Affairs.

While a variety of countries, including G20 host Indonesia, are pressing for Russia to ease its Black Sea blockade to allow the grain to enter the global market, they remain wary of antagonizing Moscow and its friends in Beijing.

That difference paved the way for a potentially controversial preparatory meeting ahead of the G20 summit in November amid questions over whether Russian President Vladimir Putin We will attend.

The United States made it clear that it did not think Putin should attend but urged Indonesia to invite Ukrainian President Volodymyr Zelensky. The Russian leader must participate.

Meanwhile, the United States and China are separately at odds over many issues ranging from trade and human rights to Taiwan and disputes in the South China Sea.

Blinken’s meeting with Wang was announced after China’s trade envoy with Washington expressed concern about US tariffs on Chinese imports in a call with US Treasury Secretary Janet Yellen. Neither side has offered any indication that progress has been made, and US officials have played down the chances of any breakthroughs in the short term.

In his meeting with Wang, US officials said Blinken would instead push to keep lines of communication open and create “protection barriers” to guide the world’s two largest economies as they navigate increasingly complex and volatile issues.

“It is critical that we have open lines of communication with our Chinese counterparts, particularly at the senior level … to ensure that any miscalculation that could inadvertently lead to conflict and confrontation is prevented,” said Daniel Krettenbrink, the top US diplomat for the US State Department. Asia.

From Bali, Blinken will travel to Bangkok, Thailand, to make up for a trip to the Thai capital that he had to cancel late last year due to the coronavirus. In addition to Thai officials, Blinken will meet with refugees who have fled ongoing political violence and repression in Myanmar since a coup toppled a civilian government in February 2021.