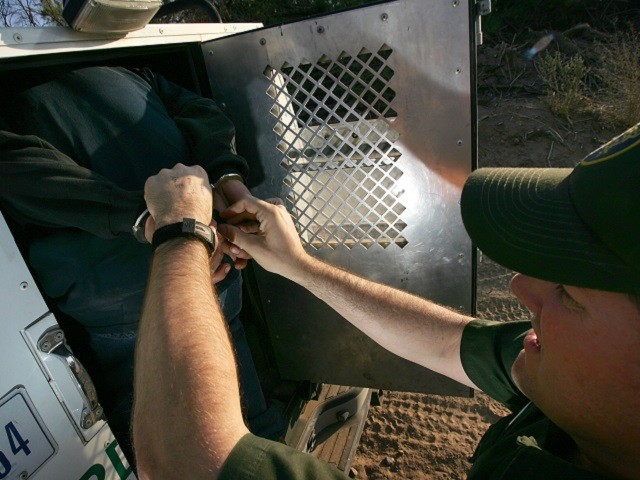 In the Rio Grande Valley strip, McAllen Station agents arrested three members of the highly violent Mara Salvatrucha (MS-13) gang. During a background investigation, agents found that one of the men had been sentenced for assault in 2010 that led to a seven-month prison sentence in Maryland. A second gang member received a two-year prison sentence for aggravated assault with a deadly weapon in Houston. That foreign criminal was deported in 2021.

McAllen station agents also arrested a member of the Mexican Valluco gang near Hidalgo, Texas. This foreign criminal was convicted of theft and public order offenses as well as a federal immigration conviction for illegal re-entry after removal.

Harlingen station agents received a request for assistance from TSA officials at Harlingen International Airport in identifying a suspected illegal alien. Agents identified the man as a Salvadoran citizen illegally in the United States. The man revealed his membership in the 18th Street gang and said he spent 12 years in a Salvadoran prison for aggravated burglary.

McAllen station agents also arrested a group of six immigrants near Mission, Texas, on July 1. Hidden in the group was a Mexican national who had been sentenced to 29 months in Michigan for criminal sexual conduct. ICE enforcement and removals officers deported the man through Brownsville, Texas, in 2020.

In the Del Rio strip, Brackettville station agents arrested a group of 11 immigrants on July 2. The migrants walked across the brush in an attempt to avoid detection and arrest. During processing at the station, agents identified one of the men as a Guatemalan national with a criminal history.

Criminal aliens with a history of deportations now face federal criminal charges for illegal re-entry after removal. If convicted, each could face up to 20 years in federal prison.