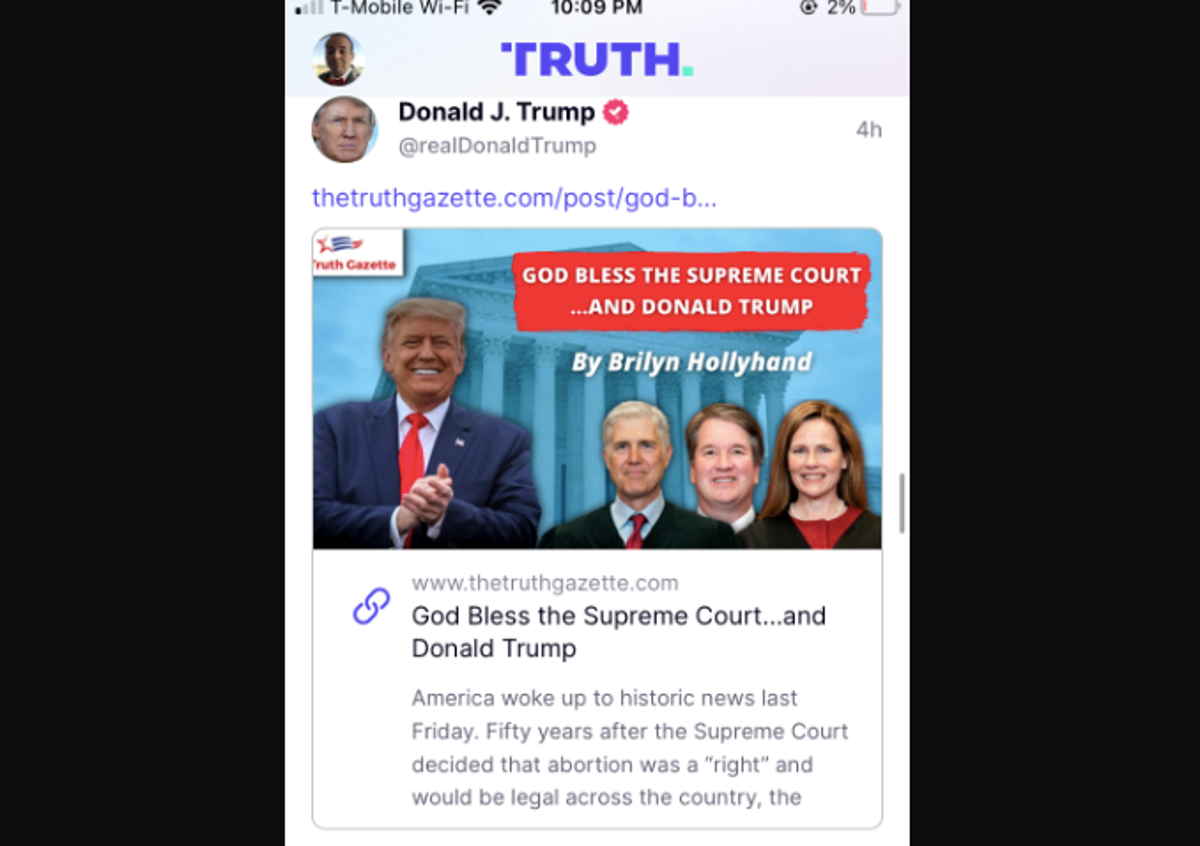 Donald Trump has claimed on his Truth Social that he has become more popular since the January 6 attack on the US Capitol.

He posted a screenshot of a nearly a month ago analysis by CNN’s Harry Enten entitled “Donald Trump has become more popular since the January 6 Capitol attack.”

In a posting frenzy on Tuesday, the former president – who has 3.4 million users on Truth Social – appeared to be bragging about the popularity he’s gained since the deadly January 6 riots last year.

Meanwhile, the January 6 panel announced that the next live public hearing will take place next week with a focus on Trump’s role in assembling the mob that will continue to attack the Capitol.

Mr Trump has posted several other links on the Truth Social, including an article by Breitbart titled “United Nations Says Joe Biden Border Is World’s Most Dangerous Land Crossing”. The link he shared was from the Federalist’s website entitled: “Yes, Biden is hiding his plan to prepare for the 2022 midterm elections.”

Last month, TIME reported that downloads of Donald Trump’s Truth Social app soared after the former president appeared on the platform with a series of speeches protesting the January 6 hearings.

He began posting hearings on June 9, and the next day app downloads were up 185 percent compared to the previous seven-day average.

The former president had set up his own social media company after his Twitter account was permanently suspended two days after the January 6 attack “due to the risk of further incitement to violence”.

Meanwhile, January 6 House Select Committee Vice Chairman Liz Cheney said earlier this week that the committee may yet make formal criminal referrals from the former president and his aides to the Department of Justice.