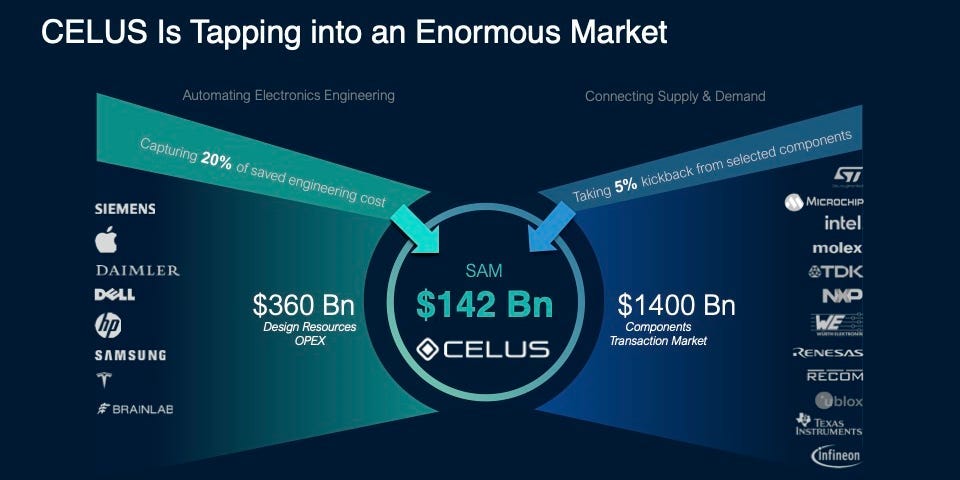 A startup aimed at accelerating the development of circuit boards used in everything from electric cars to toothbrushes has raised 25 million euros ($25.6 million) in new money.

German technology company deeptech, Celus, founded in 2018, has developed a machine learning platform that can reduce time-consuming parts in circuit board engineering. The Munich-based company believes its technology can simplify the $142 billion electronics market.

The industry’s long process of designing circuit boards has been a largely manual process that relied on engineers’ knowledge to select the right components. However, the process can often lead to “extremely complex” and “iterative” design cycles, according to Silos.

The cloud-based platform provides engineers with access to a database of details about components from manufacturers. The platform also uses automation to speed up designs that often involve hundreds of thousands of components.

“Engineers spend a lot of time relying on their memories, or manually searching for parts that might perform a particular function,” said Tobias Ball, CEO of Celus.

“Celus is changing the game, providing engineers with the digital tools to dramatically speed up that process and automate a lot of the hard work.”

The Series A funding round, led by Earlybird Venture Capital, has closed as the world grapples with the ongoing chip shortage crisis triggered by the pandemic. The lack of chips has crippled far-reaching industries such as car manufacturing for smartphones, which in turn has put pressure on engineers to be more efficient in their use of electronic components.

Additional money came from investors including DI Capital and current backers Speedinvest and Plug and Play.

The startup has also attracted investment from a number of angel investors who will form part of its advisory board, with the likes of former Rolls Royce CEO Sir John Rose, Google Electronics Engineering Lead Paul Gogenola, and TSMC Board Member Sir Peter Bonfield joining in. .

According to the company, more than 1,800 engineers are currently using its technology, and it plans to add more to its user base as it looks ahead to a rapid growth strategy in the United States.

Check out the 16-slide pitch presentation used by Celus to raise funds below: