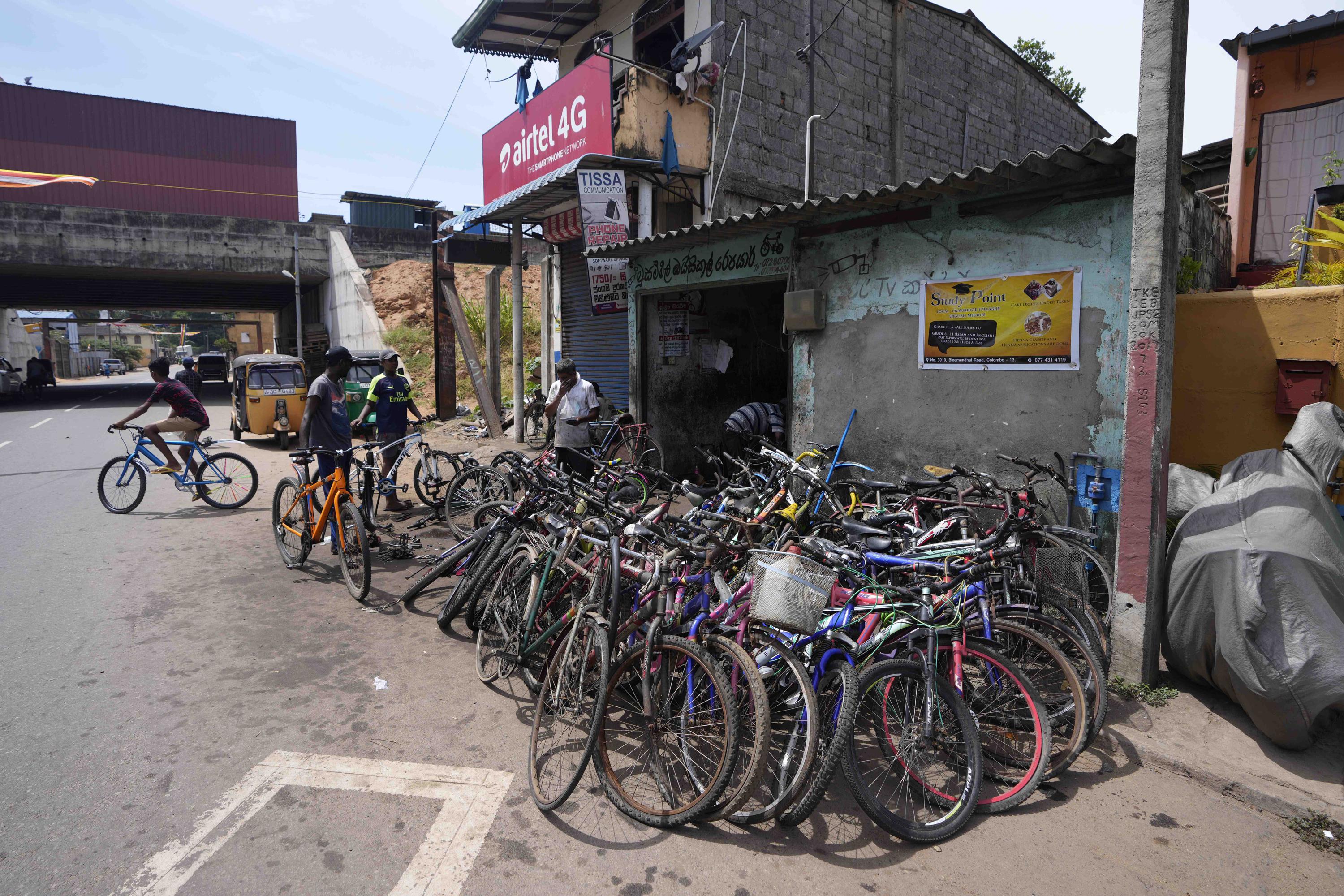 GALE, Sri Lanka (AP) – Cricket has become a welcome distraction for Sri Lankans looking for a respite from the effects of the country’s economic crisis – long queues to buy fuel and cooking gas, school and work disruptions due to little access to public transport.

This cricket-loving South Asian island nation is facing the worst economic crisis in recent memory, with severe shortages of food, fuel and medicine. The government has closed schools and universities and has limited fuel supplies.

“Yes, there is a problem in the country, people are becoming poor and helpless with all kinds of problems. Ujith Nilantha, who watched the first test between Sri Lanka and Australia with his 10-year-old son last week in the southern city of Galle, said.

“There is no happiness for children, and we cannot provide what a child needs. When we watch this cricket, it brings psychological healing,” added Nilantha, whose livelihoods were disrupted in the tourism sector after arrivals fell due to the energy crisis.

Nilantha said he had intended to suggest to his son that he play cricket, an expensive game by Sri Lankan standards, but his life quickly changed with the economic crisis and his plans were shattered.

“We love cricket but we can’t spend all our time on cricket, with staffing issues and all that. But I expect to get some relief from the stress by watching cricket.”

The game of cricket, a legacy of the British colonialists, has become a part of the local culture in Sri Lanka as it is in many countries of South Asia and the Caribbean. He is seen as a unifying factor in a country riven by ethnic, religious and political differences.

Even the bloody civil war that lasted a quarter of a century did not hinder the progress of sport or its followers in Sri Lanka.

The now-defeated Tamil Tiger rebel group that fought for an independent nation silenced their arms in the 1996 World Cup final, when Sri Lanka beat Australia to win the title.

Teenage Theekshana Nethumaksila was at the scenic cricket ground in Galle, having traveled by train from the neighboring city of Matara.

16-year-old Nithomaxilla is due to sit for public exams this year but is unable to prepare properly because schools are closed.

“We only have cricket in times of grief,” he said. “We come here to watch cricket to put it out of our minds.”

Before going ahead with the tour, the Australian cricket team had to consider whether it was ethical to travel to Sri Lanka and play when locals were struggling without electricity even to meet basic needs.

The Australian team’s decision to proceed with the Tour impressed fans who attended the fifth one-day match last month dressed in yellow – the color of Australia’s ODI uniform – to thank them for entertaining them and sending a positive message about them. Sri Lanka to the world.

Some Australian players responded favorably. The Written by Captain Pat Cummins, Many have used social media to express their appreciation for the outpouring of support they have received from Sri Lankan fans.

Australia won the first Test match by 10 wickets, leaving Sri Lanka with a chance to balance the series when the Tour concludes with the second Test which began on Friday, also in Galle.