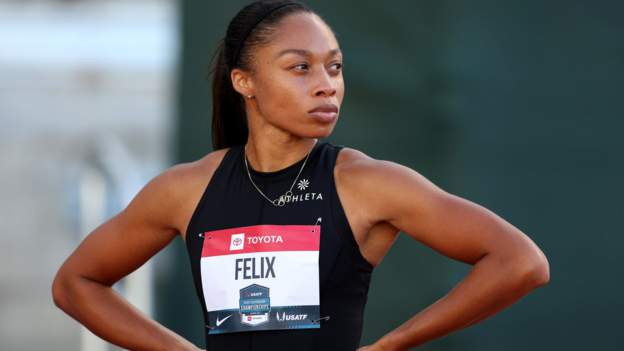 Olympic great Alison Felix may make her 10th and final appearance at the World Championships in Athletics later this month after being selected in the 4x400m mixed relay pool in the United States.

She failed to qualify for the 400m individual event after finishing sixth in the US trials.

There is no guarantee that Felix will make an appearance because she is one of four female athletes named in the mixed relay pool – with two men and two women running for each team in every race.

She made her world championship debut at the 2003 Paris event and participated in her fifth and final Olympics in Tokyo last summer.

The World Athletics Championships will be held July 15-24 in Eugene, Oregon.