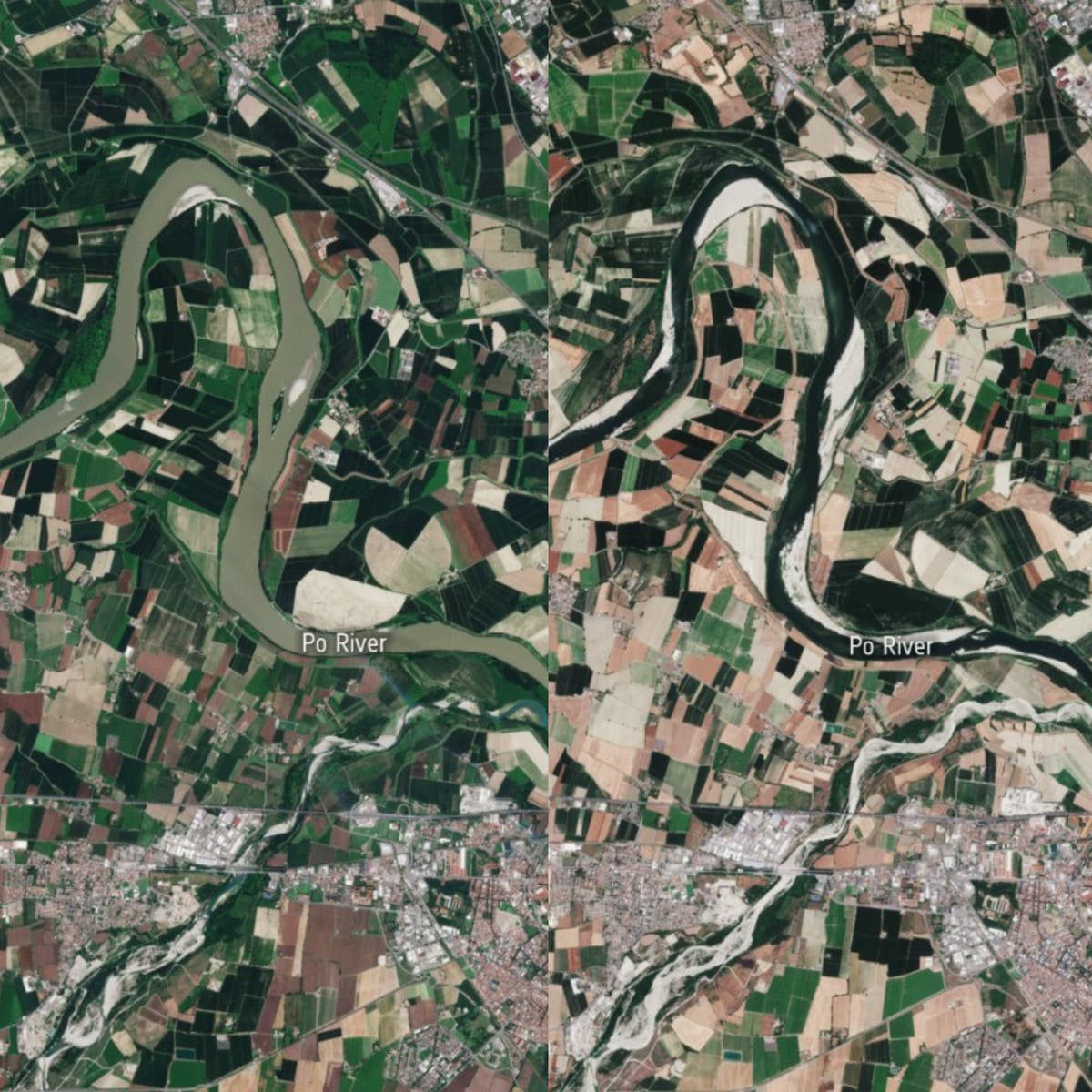 These satellite images show the worst drought in the Po River in 70 years – threatening about a third of Italy’s agricultural production.

A state of emergency was declared to allow authorities to cut red tape and take immediate action, such as enforcing water rationing for homes and businesses.

The Po River is the longest river in Italy and extends for more than 400 miles through the rich northern Italy.

However, many parts of the watercourse have dried up and farmers say the flow is so weak that seawater seeps inland and destroys crops.

The government said in a statement that the emergency measures would cover the lands adjacent to the Po River and the watersheds of the Eastern Alps.

More broadly, it has also imposed a state of emergency in five northern regions – Emilia-Romagna, Friuli-Venezia Giulia, Lombardy, Piedmont and Veneto – and initially allocated €36.5 million in funds to help them tackle water shortages.

The government said that “the state of emergency aims to manage the current situation with extraordinary means and powers, relief and assistance to the affected population.”

She added that more measures could be taken in the future to deal with the drought, which water authorities say is increasingly affecting central Italy after an extremely dry winter and spring followed by an exceptionally hot summer.

Italian media reported that Prime Minister Mario Draghi was also considering appointing a commissioner to coordinate the response to the drought, in a similar way the government created a commissioner to oversee the coronavirus crisis.