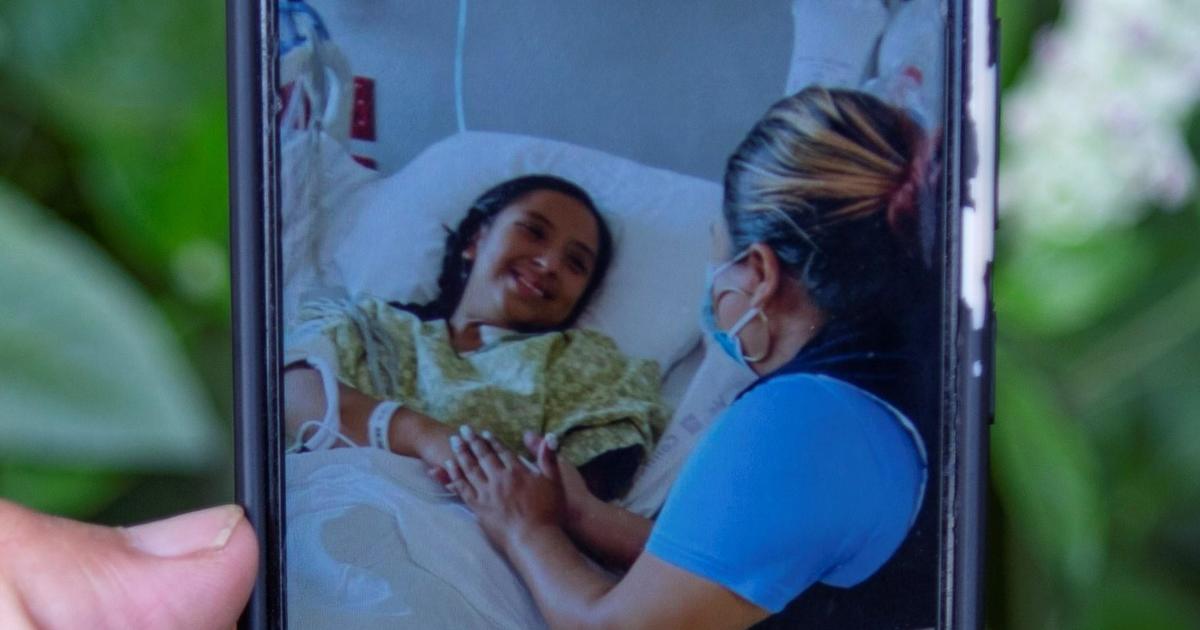 A simple tip from a friend to stay near the door may have saved Yennefer Yulisa Cardona Thomas from the fatal fate of 53 other immigrants when they were abandoned and trapped in a sweltering semi-trailer last week on the edge of San Antonio.

Speaking on the phone from her hospital bed on Monday, the 20-year-old from the Guatemalan capital said it was already hot on June 27 when she exited the warehouse on the Texas side of the Mexico border where she was waiting and climbed into the back of the trailer.

She said the smugglers confiscated their cell phones and covered the trailer floor with what she believes was chicken broth powder, apparently to throw any dogs at the checkpoints. As she sat inside the suffocating trailer with dozens of others, the powder stinged her skin.

Remembering her friend’s warning to stay near the door as it would be colder, Cardona Thomas shared the advice with another friend who had given her during the trip.

“I told a friend that we shouldn’t go back and we should stay near (the entrance), in the same place without moving,” said Cardona Thomas, who is being treated at Metropolitan Hospital in San Antonio. This friend also survived.

As the truck advanced, stopping further to pick up more immigrants, people began to gather near the door like Cardona Thomas. She had no way of keeping track of time.

“People were screaming, some were crying. The women were mostly asking to stop and open the doors because it was hot, and because they couldn’t breathe,” she said, still struggling a bit to speak after the hospital intubation. .

She said the driver or someone else in the cab shouted again, “We were about to arrive, 20 minutes left, six minutes.”

“People asked for water, some ran out, and some carried,” she said.

The truck kept stopping every now and then, but before she lost consciousness it was slowly moving. I woke up in the hospital.

US prosecutors have arrested the driver and three others and charged.

The Guatemalan Foreign Ministry said 20 Guatemalans died in the accident, 16 of whom had been positively identified. Foreign Minister Mario Piccaro said he hoped to return the first bodies this week.

Cardona Thomas said the truck’s destination that day was Houston, though it was eventually headed to North Carolina.

“She didn’t have a job and she asked me if I’d support her” to immigrate to the United States, her father, Minor Cardona, said Monday in Guatemala City, where the family lives. He said he learned of other cases of children who had just left without telling their families and ended up disappearing or dying, so he decided to support them.

He paid $4,000 for a smuggler—less than half the total cost—to take her to the United States. I left Guatemala on May 30, traveling in cars, buses, and finally a semi-trailer in Texas.

“I didn’t know she was going to travel in a trailer,” he said. “She told us it would be on foot. Apparently at the last minute the smugglers decided to put her in the trailer with two other friends who survived, one of whom is still in critical condition.”

The Cardona Thomas family did not learn of the abandoned trailer until late that night. Two more days passed before her relatives in the US confirmed that she was alive and she was taken to hospital.

“We cried a lot,” Cardona said. “I was even thinking where we would wake up and bury her. It’s a miracle.”