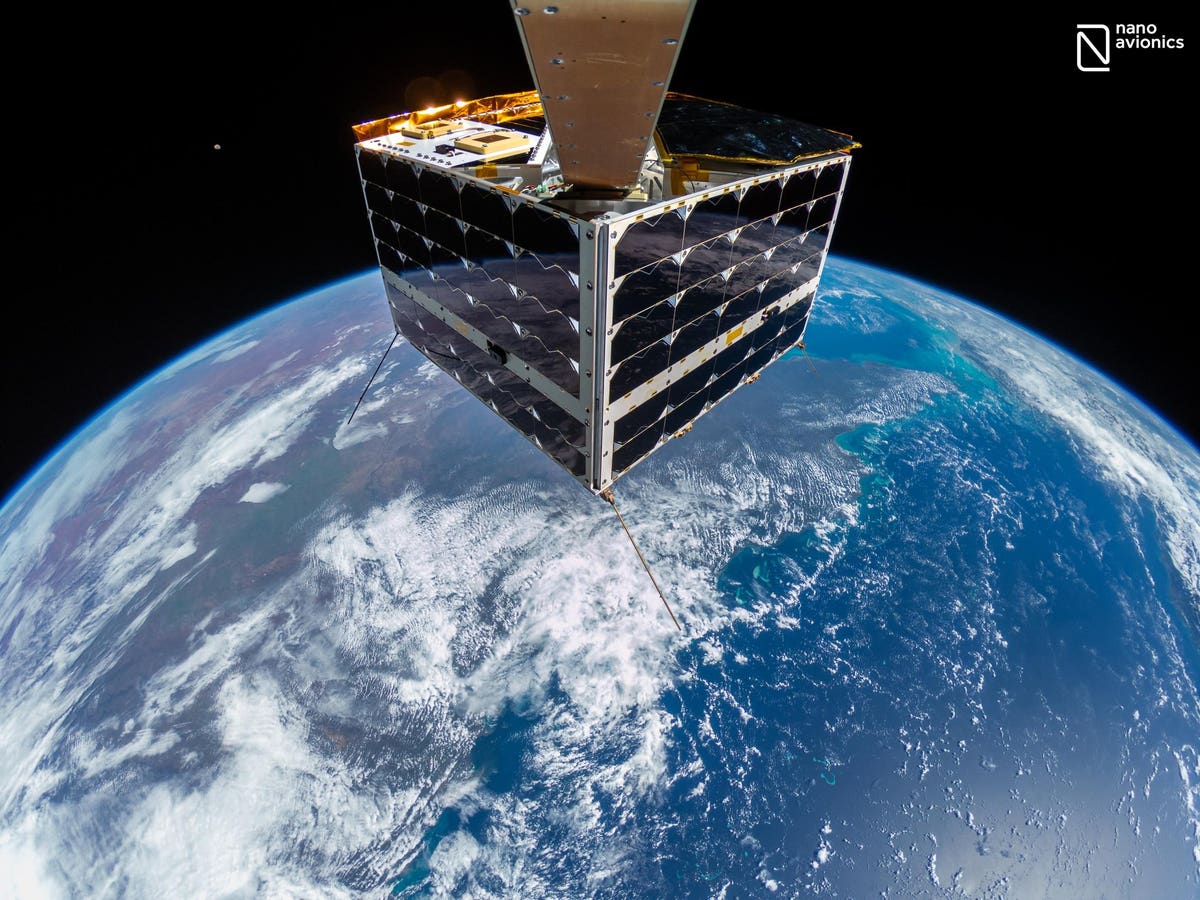 Last month, a satellite of the Lithuanian space company NanoAvionics snapped a 4K selfie of itself from a GoPro Hero 7 that the company had modified for use in space. The camera was not only used to promote Instagram – the photos also helped the company test and verify the operation of systems on the satellite itself.

“When the satellite is monitoring itself, in some cases that can be very valuable,” explains NanoAvioncs co-founder and CEO Bytenis Buzas. “You can get assurances of deployable items, if your solar panels are deployed or antennas are deployed.”

Mounting a GoPro camera on a satellite is not a standard operating procedure for a space mission, because most equipment that goes into space needs to be “strengthened” – that is, it is shielded from solar radiation that has the potential to destroy microelectronic equipment. But in this case, Bozas, 36, explains, it was a necessary thing. “The time frame was too short to get space-grade cameras,” he explained.

However, the company had tested GoPro cameras for flights in the stratosphere before, and thought they might work in this particular task, which was primarily geared toward testing how well the company’s new payload controller could handle the generation and transmission of large data sets, such as The type produced by HD cameras.

Placing the two cameras on the satellite was not as easy as installing the cameras. The hardware had to be stripped to accommodate the space requirements on the satellite, and then the cameras had to be attached to the payload controller and software. Bozas explains that there is also a certain element of risk involved in using non-hardened equipment, especially since the sun has been active relatively recently. “This is a statistical issue,” he says. “If that bullet – that particle from the sun – would either hit a particular transistor on board or not.”

However, his company was willing to take risks. That’s because this kind of experiment is embedded in NanoAvionics’ DNA. The company’s origins go back to NASA’s Ames Research Center, where Buzas briefly worked with Linas Sargautis, now 36. Their expertise in the research center inspired them to build their own satellite.

During 2013, Buzas and Sargautis built that satellite, called LituanicaSAT-1, with the help of Vilnius University and more than 30 partner organizations. Built on a standard “cubesat” platform, the tiny satellite was equipped with a camera salvaged from a smart doorbell and other equipment, and deployed from the Nanoracks system aboard the International Space Station in early 2014. It was the first Lithuanian satellite to make it into space.

From this experience, Buzas and Sargautis founded NanoAvionics in 2014, funded by a grant from the Lithuanian Agency for Science, Innovation and Technology. In 2017, the company launched its first satellite powered by a sustainable propulsion system that the company developed in-house. In 2018, a majority stake in the company was purchased by satellite internet company AST & Science based in Midland, Texas.

Since then, the company has grown to 156 employees, with facilities in the United Kingdom, Texas and Illinois. So far it has launched 19 satellites, 8 in 2022 alone, and has implemented more than 100 commercial space projects.

When it comes to the company’s latest project, taking a selfie in space may seem like a lark, but Bozas hopes to go further. “Images and videos of satellites orbiting our planet can attract more interest and help more people and organizations realize the societal, economic, educational and environmental benefits that satellites provide,” he said in a statement. “It could also inspire more people to take jobs in the fast-growing space industry.”