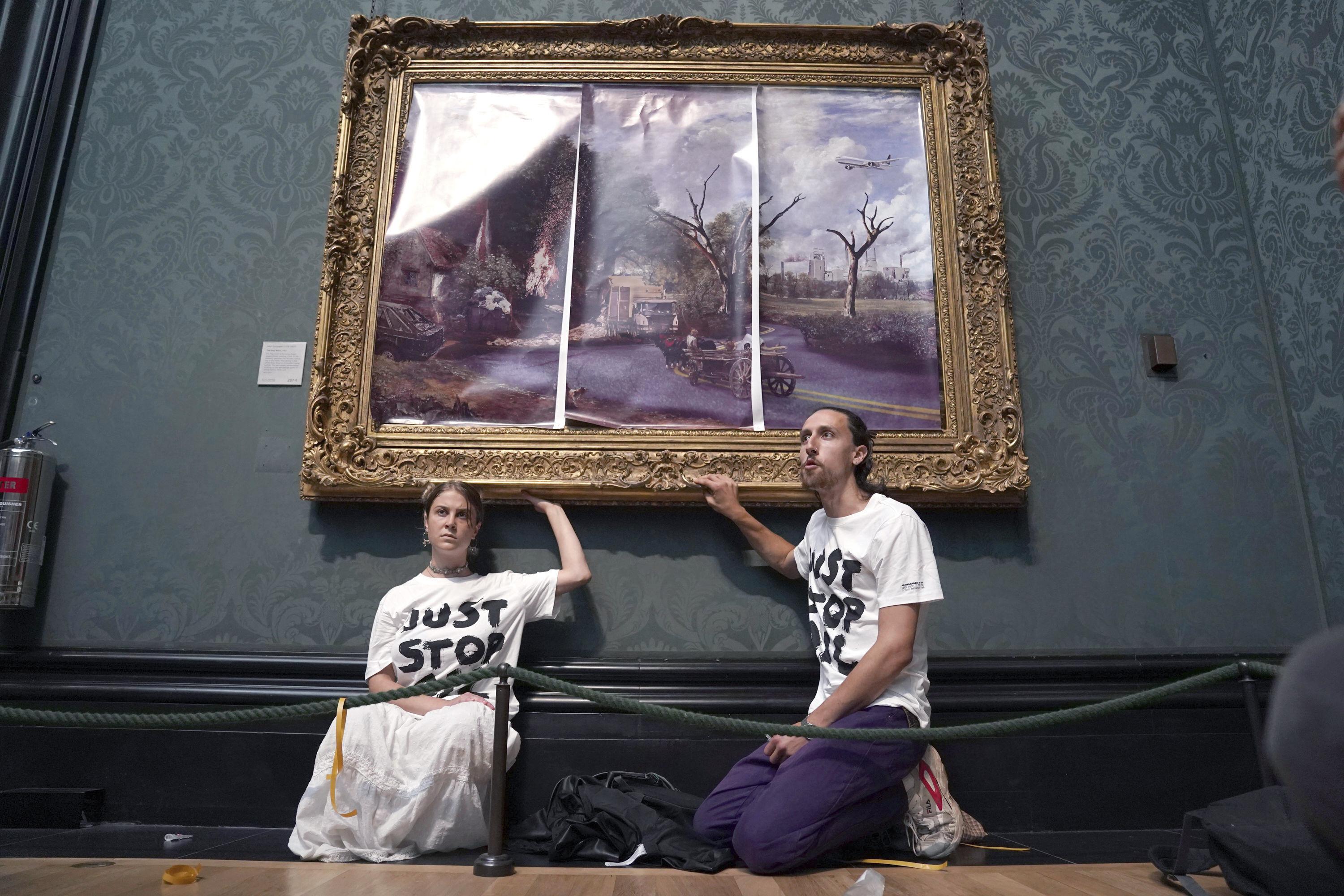 The museum and police in central London say two climate change protesters have been arrested after affixing themselves to the frame of a famous John Constable painting hanging in Britain’s National Gallery.

The two, from the “Just Stop Oil” protest group, climbed over a rope barrier on Monday and covered “The Hay Wain” with large sheets of paper depicting an “apocalyptic vision of the future” for the landscape. Then they each put their hand on the frame of the oil painting and protested while security personnel brought in tourists and a group of schoolchildren.

“The painting has been removed from the wall for examination by our restoration team,” the National Museum said afterwards. “Hay Wain had minor damage to its frame and there was also some turbulence in the varnish surface on the board – both have now been treated successfully.”

The National Gallery said the painting was repainted on Tuesday.

Just Stop Oil, which wants the government to stop granting licenses for new oil and gas projects, said their copy of Constable’s 1821 painting of rural landscapes shows “how oil will destroy our countryside.” Their picture shows pollution on the horizon and an old car lying in front of the factory in the painting.

The Metropolitan Police said officers were called to protest inside the National Museum on Monday afternoon. She added that two people were arrested.

The protest came after “Just Stop Oil” activists targeted other UK art galleries last week and disrupted Sunday’s British Grand Prix by sitting on the track during a Formula 1 layover.

Police said six people were charged with conspiring to cause public disturbance at the race.