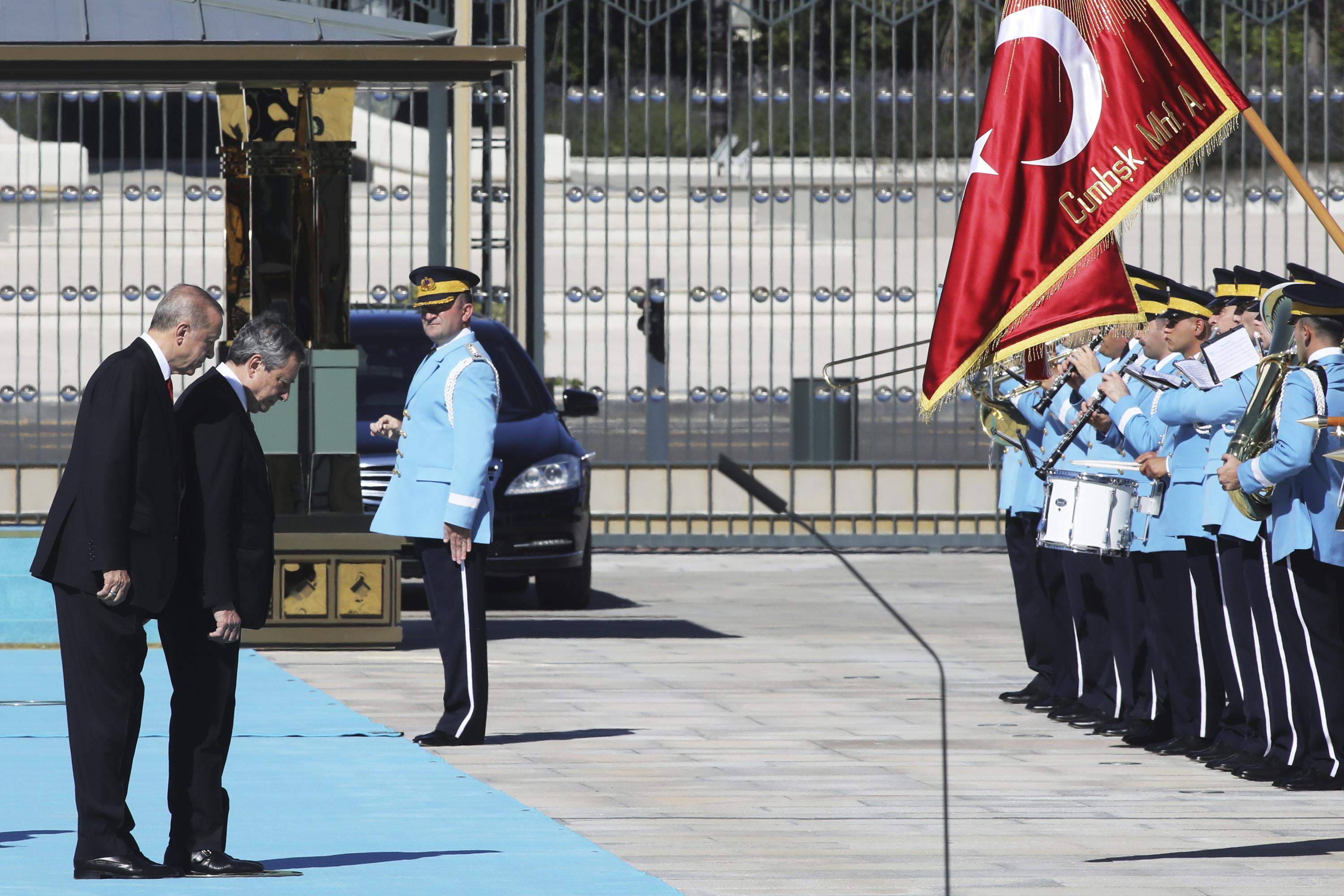 Ankara, Turkey (AFP) – Turkish President Recep Tayyip Erdogan said Tuesday that he intends to “intensify” negotiations with Russia and Ukraine in the hope of reaching an agreement on a United Nations plan to export Ukrainian grain to world markets.

Erdogan made the remarks during a joint press conference with Italian Prime Minister Mario Draghi. Turkey is working with the United Nations, Ukraine and Russia on a plan that would allow millions of tons of Ukrainian grain in silos to be shipped through safe passages in the Black Sea.

“We will intensify our talks in a week or 10 days and try to reach a conclusion,” he told reporters.

Ukraine is one of the world’s largest exporters of wheat, corn and sunflower oil, but the Russian invasion halted most of this flow, endangering the food supplies of many developing countries, particularly in Africa.

The Ukrainian government has indicated a Russian naval blockade of its ports, while Russia has claimed that Ukrainian naval mines are preventing the safe movement of agricultural exports.

Draghi hailed the possibility of a deal as being important not just to get grain and fertilizer for poor countries, but because it would mark the first agreement Ukraine and Russia had on anything during the war, now in its fifth month.

“This agreement is also very important from a more general point of view in the efforts to reach peace,” he said.

Last week, Draghi said a UN plan to export Ukrainian grain through safe sea lanes could save weeks to a month of valuable time offloading silos before the autumn harvest because it would not require port clearance. He said the plan required Russia’s final approval.