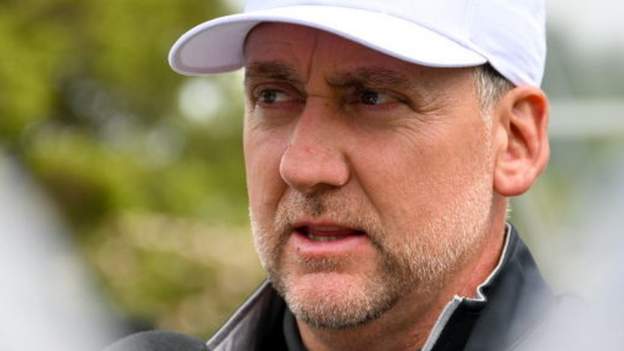 As Ian Poulter claimed that he did not expect a hostile reception in the Scottish open locker room, American Billy Horschel launched a scathing attack on rebellious Leaf golf players, calling them “hypocrites and liars”.

Poulter qualifies for this week’s jointly validated event at the Renaissance Club in East Lothian after winning the first stage of a legal battle against the DP World Tour.

The Wentworth-based circuit had banned the England player along with 15 other LIV players from the Genesis Scottish Open after participating in the opening event last month in the Saudi-funded series.

Horschel, the BMW PGA champion, stated before the Scottish Open: “They decided to go play on that tour and should go play there. They shouldn’t be back on the DP World Tour or the PGA Tour again.”

“To say that they also want to support DP World or the PGA Tour going forward, while playing the LIV Tour, is completely odd in my opinion.

“It’s a pity these guys made their bed and that’s what they want to do. Leave us alone, frankly.

“Last week’s events, I was really frustrated because there are so many hypocrites who don’t tell the truth and lie about some things.

“I can’t be as diplomatic anymore about this as I was in the past.”

Poulter will reach the championship after competing in the JP McManus Pro-Am at Adare Manor on Monday and Tuesday. The 46-year-old dismissed concerns he would face hostility from fellow Renaissance professionals.

“My reception here was fantastic with the 40,000 fans we had,” Poulter said after his second and final round of the charity event.

“The locker room is people I play against week in and week out, and if they object to that, it’s up to those players. I haven’t had a problem with any of the players.

“I saw Rory (McIlroy) this week and had a conversation, I saw Thomas (Bjorn) and we have a difference of opinion but we’re still friends, which is great when you’ve been golfing with these guys for a very long time.

“It’s strictly a business decision, not a personal one that should set back friendships and I’m rating everyone here on tour as a friend.”

Poulter says he “feels good” about the decision to be allowed to play the Scottish Open after a hearing organized by Sporting Resolutions (UK) found him in his favour, while the DP World Tour said they were “disappointed” with the result of the first stage of the hearing.

“We followed the procedure outlined by the round in the appeals process, and clearly we won that appeal,” Poulter said. South Africa’s Justin Harding and Spaniard Adrien Otaygui have also been given residency to play in Scotland.

More LIV Rebels may be added to the Scotland Open before the tournament starts on Thursday. The combined PGA Tour field and DP World Tour event will normally be 156 players, but European circuit chief Keith Bailey has agreed to “increase the size of the field”.

“I feel it was the right decision and I’m looking forward to this week,” Poulter added.

He also revealed that he has received “sad” messages on social media since signing up for the lucrative LIV tournament which this year includes seven tournaments worth $25m (£20m) and a final event worth $50m.

“It’s not a great forum right now for bedtime reading, it’s not good before you close your eyes,” Poulter said. “It’s very sad in some ways. It’s people’s opinions but unfortunately it has gotten really bad.”

He confirmed that he was also seeking to have the £100,000 fine imposed by the DP World Tour rescinded, but declined to be preoccupied with whether he was fighting the PGA Tour’s decision to halt the LIV rebels indefinitely.

“I don’t even want to comment on that aspect yet,” he said. “The focus is first and foremost on playing next week, to playing the Open Championship and let’s see where it goes from there.”

Poulter sees his participation on the Scottish East Coast as a vital preparation for the following week’s Open Championship a little further north on Old Course in St Andrews.

“It ties golf,” he said. “I’ve always played at the Scottish Open for many years. I don’t know how many Scottish games I’ve played in, but it’s been quite a lot, it’s part of the process.

“I think the 150th Open in St. Andrews is rather important to me. It was my first tournament in 2000, and it will be my last in St Andrews, so I wanted to get some golf prep ties in before going in.”