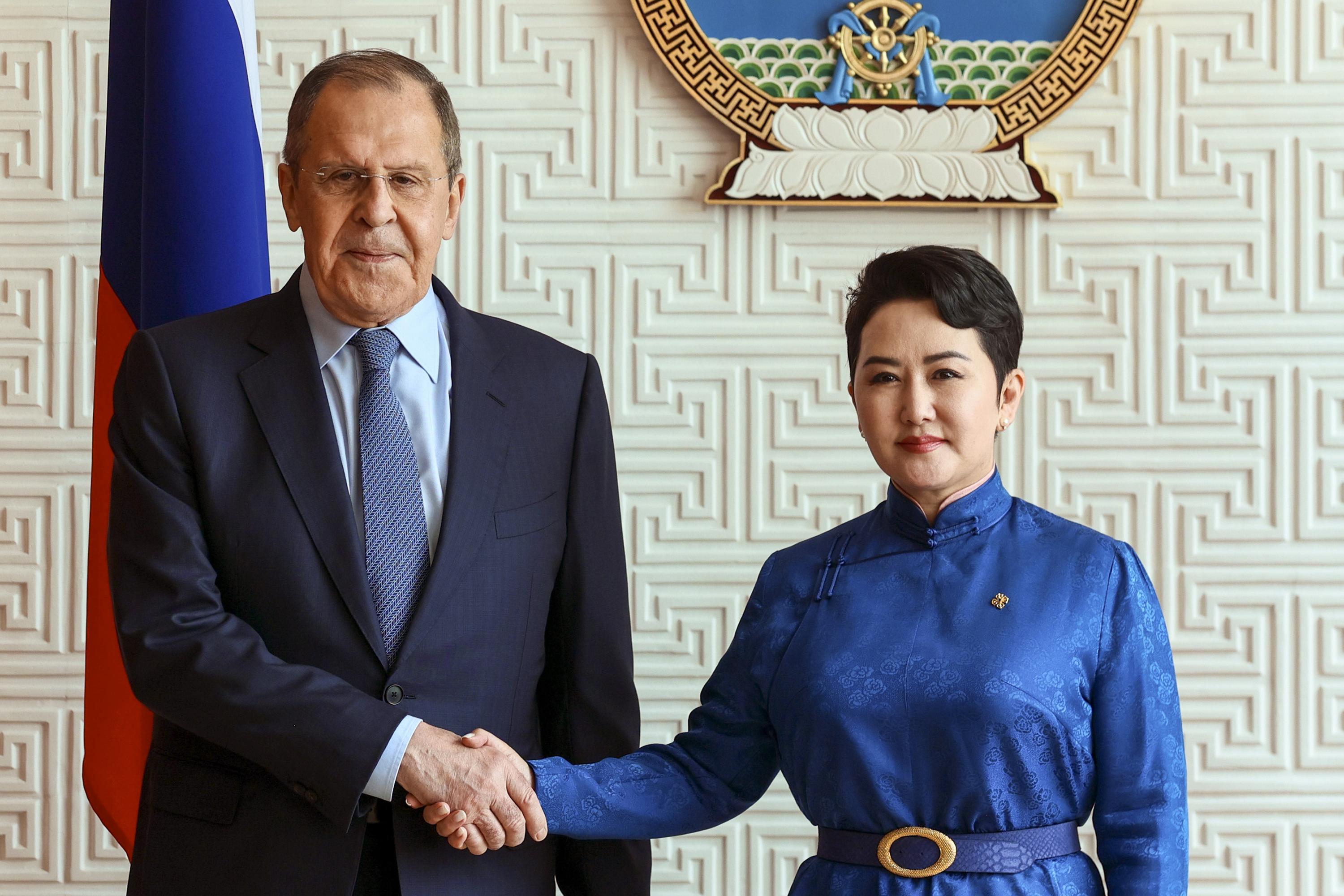 BEIJING (AFP) – Russian Foreign Minister Sergei Lavrov met Mongolian leaders on Tuesday during a trip to Asia to seek support amid the country’s diplomatic isolation by the West and punishing sanctions for its invasion of Ukraine.

A landlocked country sandwiched between Russia and China, Mongolia has sought to maintain friendly relations with both neighbors while developing close ties with the United States, whose relations with Moscow and Beijing have become increasingly fraught.

Mongolian and Russian state media did not provide any details of any specific discussions on the Ukraine conflict, emphasizing the strong bilateral relations. The two sides have signed a series of trade agreements, and a pipeline that will transport Russian natural gas to China through Mongolian territory is being built.

“As confirmation of his commitment to strengthening bilateral relations, he (Lavrov) expressed his readiness to cooperate with Mongolia in all aspects,” Mongolia’s official news agency, Montsame, said of Lavrov’s meeting with Khurlusuk.

Ukraine and Russia’s rejection of Western criticism was a major theme of Lavrov’s public comments.

He was quoted by the Russian state news agency TASS as saying that the West seeks to turn Ukraine “into a neo-Nazi anti-Russian state, and a military foothold” that would threaten Russia’s security.

He said he informed the Mongolians “in detail” of what the Kremlin calls a “special military operation” in Ukraine.

“We are interested in making the facts about how representatives of the Kyiv regime behave and continue to act in Ukraine available to the broad world community,” Lavrov said.

“Unfortunately, the West is doing everything in its power to obstruct the work of the media, which provide objective information about what is happening,” he said, without providing any evidence.

The Russian government has blocked access to many independent domestic and foreign news outlets in the country due to their coverage of the war in Ukraine and has prevented its citizens from describing its aggression as an invasion.

Russia has falsely described the war as a “de-Nazification” campaign for Ukraine – a country that has a democratically elected Jewish president who wants closer ties with the West.

According to the official website of the Vietnamese government, Lavrov is scheduled to travel to Vietnam later Tuesday for a two-day visit.

On Wednesday, he is scheduled to meet with Vietnamese leaders, including Foreign Minister Boy Than Son, Prime Minister Pham Minh Chinh and General Secretary of the Communist Party Nguyen Phu Trong.

The visit comes as the two countries celebrate 10 years of expanding their relationship into a comprehensive strategic partnership. Russia was a close supporter of Hanoi’s communist government during the Vietnam War against the capitalist South and its other American and Western allies.

Later in the week, Lavrov is scheduled to attend a meeting in Indonesia of foreign ministers from the Group of 20 rich and developing nations.