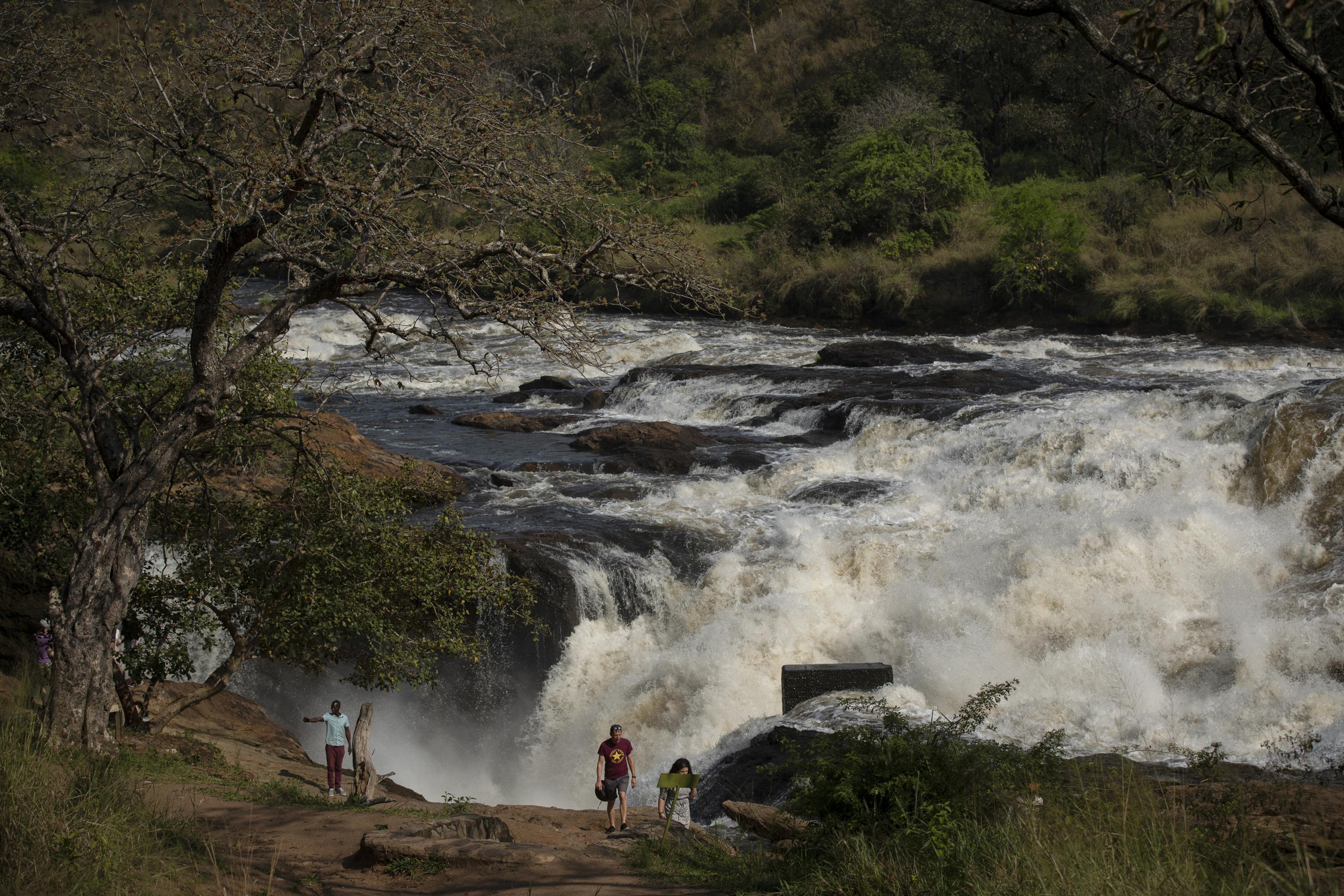 A new non-profit report released on Tuesday said a controversial oil project that would connect oil fields in a Ugandan national park to a port in Tanzania would violate global environmental guidelines for banks.

At least 20 banks and eight insurance companies have excluded themselves from the project, many of which have come under pressure from environmental groups.. Standard Bank in South Africa and Japan’s Sumitomo Mitsui Banking Corporation (SMBC) are financial advisors and lead debt regulators. Britain’s Standard Chartered Bank is also considering financing it.

All three signed the Equal Reference Principles, the voluntary environmental and human rights guidelines for financing infrastructure projects. A report by the NGO Inclusive Development International, shared exclusively with the Associated Press, says the project repeatedly violates these principles and that banks will do so if they go ahead. Banks are prohibited from financing incompatible projects. But the scheme is helpless to take out members who do.

Oil wells will be drilled inside Murchison Falls National Park, western Uganda. Here the Nile drops about 130 feet (40 m) through a gap of 20 feet (6 m) wide, surrounded by the surrounding wilderness of hippos, egrets, giraffes, and antelopes. The pipeline will then pass through seven forest reserves and game parks, and run alongside Lake Victoria, a source of fresh water for 40 million people.

Environmental campaign group 350.org warned that “an oil spill could be catastrophic for the millions who depend on the lake’s watershed for drinking water and food production.”

The report says the risks of oil spills violate the equator principle that requires minimal environmental impact. A review of the plans by the non-profit organization E-Tech International, which advises communities affected by infrastructure projects, found that best practices were not followed.

The review concluded that “EACOP oil spills will occur over the life of the project”.

The pipeline environmental assessment does not contain a robust oil spill plan, the report’s authors assert, another violation of principles. The pipeline will also traverse an earthquake zone – the Great Rift Valley – the International Comprehensive Development Report warns.

The oil has a high wax content, the company said, and solidifies at temperatures below 91.4 degrees Fahrenheit (33 degrees Celsius) which will stop the oil from spreading as a liquid. The company insisted on preparing contingency plans. Summer temperatures can reach 104 F (40 C) in Uganda.

According to the report, human rights standards have been violated. At least four letters from the United Nations special rapporteurs on human rights, which have been sent to Ugandan President and CEO of TotalEnergies Patrick Boyani over a two-year period, detail “various acts of harassment and intimidation” against Ugandan protesters. Several activists and journalists were allegedly intimidated, forced into hiding, arrested and interrogated.

The report concluded that the Equator Principles “have not been met with regard to the risks faced by members of society who express criticism”.

TotalEnergies said it was not aware of the threats from its employees. The company said it was “outspoken about the need” for Ugandan security forces to respect human rights, and wrote to the Ugandan president to share its concerns.

“TotalEnergies does not tolerate any threats or attacks against those who peacefully defend and promote human rights,” the statement said.

The principles were also violated due to a lack of community participation “free from manipulation, interference, coercion or intimidation,” according to the analysis.

More than 120,000 people will lose land to make way for the project, according to an assessment by environmental campaign group Friends of the Earth. There should be “free, prior and informed” consultation with people whose lives may change, according to the Principles.

But the report found that these requirements were “insufficiently met”.

She said the project “systematically failed” to consult and disclose accessible information.

TotalEnergies said only 13,300 people would be affected economically across Uganda and Tanzania. The oil giant said that since 2017, meetings have reached more than 200,000 affected people along the route.

Finally, the report concluded that the project violates standards for land tenure and resettlement. The compensation operations “exacerbated rather than mitigated negative impacts”, impoverishing villagers who lost access to farmland and faced long delays while awaiting compensation.

TotalEnergies said it had already begun paying the compensation. The company insisted that the process complies with local laws and complies with the principles.

Leveling Principles president Amit Puri said each member was “individually responsible for their own internal procedures” for compliance. He added that the Equator Principles did not have the authority to respond to concerns about their violation.

Mr Bury is the global head of environmental risk at Standard Chartered Bank, one of the banks the report claims will breach guidelines by funding the pipeline.

Standard Chartered itself and SMBC declined to comment. The China National Offshore Oil Corporation did not respond to numerous requests for a statement.

Standard Bank said due diligence measures on project financing were being evaluated, but no final decision had been made. The bank said the decision is subject to a full assessment of climate change strategies, while “full compliance” with the break-even principles is necessary to fund the project.

“Uganda is being pushed into this role as a poster child for climate damage, and it is really unfair,” he said.

It was an “exclusion of Uganda’s national interests”.

But President Yoweri Museveni said oil wealth could lift millions out of poverty, while other government officials hope Uganda will become a middle-income country.

Efforts to stop the pipeline have led some to resent what they see as a concerted effort to sabotage the project.

“TotalEnergies and CNOOC … both have the financial strength and technical know-how to deliver a world-class project,” Ellison Karuhanga, a prominent oil lawyer, wrote in Uganda’s Daily Monitor.