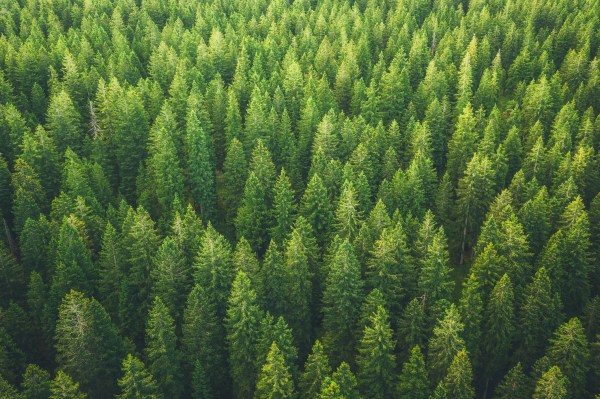 YC-backed climate technology startup, Pina Earthclosed an initial $2.5 million funding round a year after its founding and a few months since it was presented on the day of the Winter 2022 Accelerator’s presentation day in March.

As we reported in February, when we got our first look at the Munich-based startup Pina Earth is building an online platform for European foresters to obtain certification to sell carbon credits — with a particular focus on encouraging landowners to increase forest biodiversity and protect their forests in the future.

This is important because climate change increases the risks to tree survival, with more droughts, wildfires, disease and other extreme weather expected. But the startup’s premise is also that managing more sustainable forests can generate additional carbon credits for forest owners, too.

As a first step, the Pina Earth platform helps forest owners register their forests for carbon credits. Then it sells, essentially, a high-tech forest management service — supporting landowners to make modifications to their forests, like planting climate-resistant tree species, which, over the years, should generate additional carbon credits versus if you do not take measures focused on sustainability that will enable the forest to absorb more carbon.

The startup uses artificial intelligence modeling to predict how climate change will affect future growth of forests, along with remote data capture to monitor customer projects and check for improvements in forests — to boost the quality of carbon credits.

This is also important given the proliferation of false or low-quality carbon offset projects during the ‘greenwashing’ scramble over the past decade+, with companies quick to claim that they are taking steps to reduce the climate impact on their businesses – when, often, they don’t meaningful steps.

The reputation of offsetting as a tool to combat climate change remains low – while tree-based budgeting attracts specific uncertainties given the time scales involved and the difficulty of long-term monitoring to ensure that alleged carbon sequestration actually occurs – but given the scale of the challenge facing humanity, to rapidly reduce carbon emissions from In order to avoid climate catastrophe, compensation will undoubtedly have a role to play in the mix of solutions.

When we spoke to Pina Earth co-founder and CEO Dr. Jessa Berman earlier this year, the startup was running two pilot projects on 1,200 hectares in its home market in Germany and preparing for a commercial launch this year.

Since then, it says it is focusing on moving from initial pilot projects to scaling it up in Germany. Commercial launch is still pending.

“We recently signed new team members into key roles in technology, forestry and business,” she told TechCrunch. “We are moving from initial pilot projects – which helped us develop our core technology – to adding thousands of acres of forestry projects to our pipeline. We are in private beta with respective forest owners at the moment – to test key features before our public launch of the platform later in the year. This year “.

On the product development front, Berman says the seed funding will be used for “critical steps in the development of the carbon project include validating project area eligibility, data collection, calculating carbon improvement potential and, finally, project documentation.”

“After completing our first projects process, we translate what we’ve learned into repeatable processes, automating bottlenecks in carbon project development,” she continues. “We have already built a climate change impact prediction software based on the digital twin of the forest. Next, we aim to replace the inputs traditionally required from forest owners with third-party data sources for increased speed and independence. We are expanding our carbon project toolkit, to learn to simulate the impact of climate change. Different types of forest adaptation methods are included in our program. This will help us meet the needs of a variety of forest owners.”

When asked if the startup expects to launch into additional European markets or if it will need to ramp up again before it takes that step, she spoke of the possibility of imminent expansion without providing a yes or no – suggesting that it will benefit by being able to count on it. Networks of her new European investors in order to “establish contacts with key players,” before adding: “We are also approached by both forest owners and project developers around the world and we are keen to bring our products to other regions. After all, more than Half of Europe’s forests are vulnerable to climate risks – an urgent problem that must be addressed.”

“Our priorities for the next 12 months are to automate other parts of the carbon project development process, expand to thousands of acres of forest in Germany, and sell the first carbon credits to financially incentivize forest owners to adapt their forests to climate change. These priorities are guided by our mission: to offer landowners the most Ease of getting rewards for making their forests climate-resilient.”

Commenting on the collection of Pina Earth seeds in a joint statement, Nadia Presos, Partner (Paris) and Astrid Molly Berto, Associate (Berlin) at XAnge said: “XAnge is proud to continue investing in climate technology and support adaptation to European forests. Pina Earth technology generates carbon credits European high-quality nature-based, and the demand for it will continue to increase. This investment is a contribution to the protection of both the financial and environmental value that forests provide.”

While there are a number of other more established startups focused on expanding access to carbon markets – such as the US-focused SilviaTerra (now called NCX) – Berman says Europe remains a “blue ocean opportunity” for forest carbon markets.

This is partly due to the challenge of having a more fragmented ownership structure, which means having smaller scale carbon projects. Therefore, low entry barriers for forest owners, automation and efficiency are key to our product strategy,” she suggests.