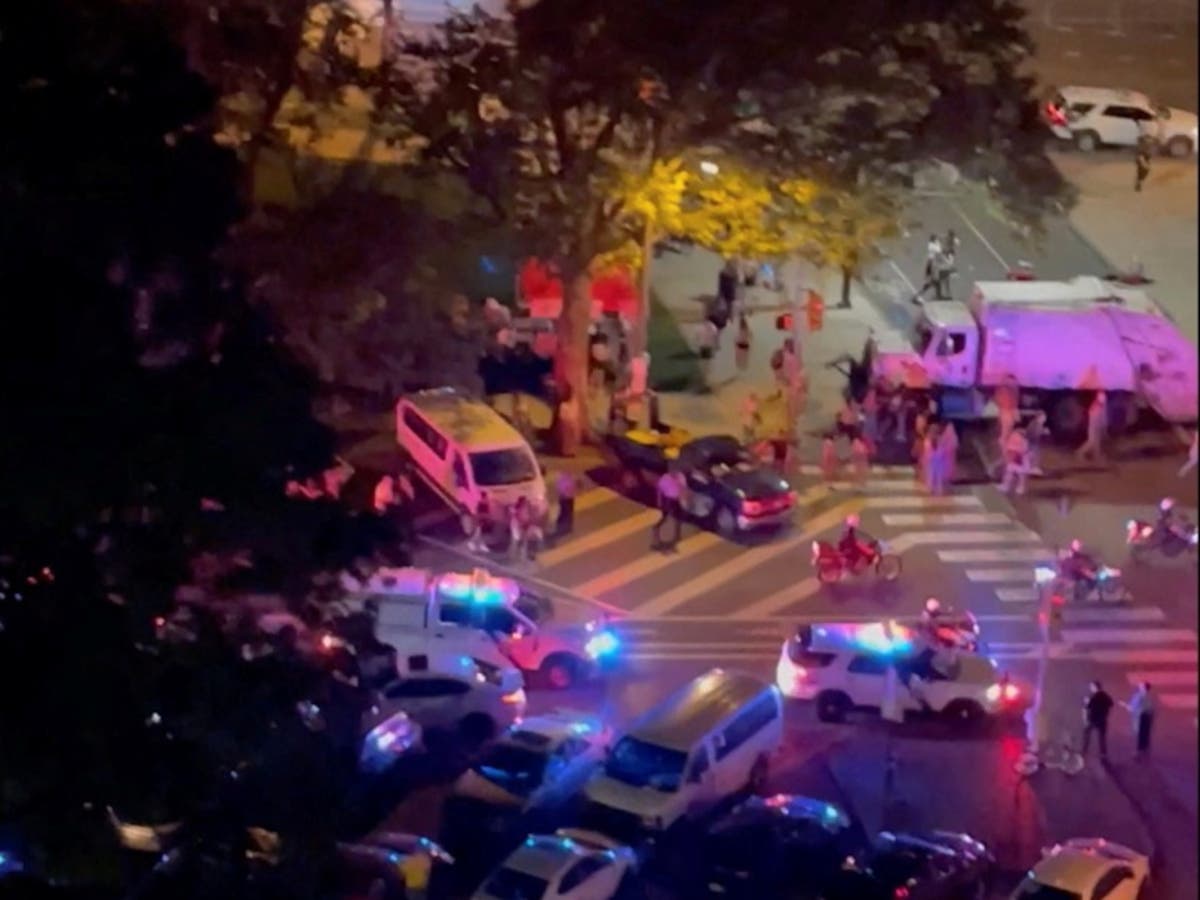 Two police officers were shot Monday night in Philadelphia as thousands of people gathered for the city’s July 4 celebrations.

Videos from the incident showed crowds of people gathering for a concert and fireworks scattered in panic when a gunman opened fire.

One of the officers, a 36-year-old who was assigned to patrol the highway, sustained a wound to the forehead. It has been in service for 14 years.

The other officer, a 44-year-old assigned to the Montgomery County Bomb Squad, was shot in the right shoulder.

The two officers were taken to Jefferson University Hospital and reportedly in stable condition after sustaining non-life-threatening injuries.

The fireworks continued even after the shots were fired, and officers had to order the parade to close to control the chaos.

“Ten minutes after watching the Philadelphia fireworks tonight, we’d gather our kids up and run away from the shooting,” Sarah Triana said.

“Explaining what was happening to my children as we were sheltering behind a building…f***. I will never forget this horror.”

“One minute after this photo was taken, we started running because of the shooter. I hate this for my kids and for our country,” Evelyn Pesek wrote.

At a late-night news conference, Philadelphia Mayor Jim Kenny said it was initially a quiet day, “but we live in America.”

“This is a country of guns. This is crazy. We are the most heavily armed country in the history of the world and we are among the safest. Until the Americans decide they want to give up guns and give up the opportunity to get guns, we will have this problem,” the mayor said.

“If I had the ability to take care of guns, I would.”

The shooting occurred hours after a rooftop gunman in Illinois opened fire on families waving flags and children riding bicycles, killing at least six people and wounding 36 others in the Chicago suburb of Highland Park.

Earlier in June, three people were killed and 11 injured after several shooters opened fire on a crowd at a popular entertainment district in Philadelphia.