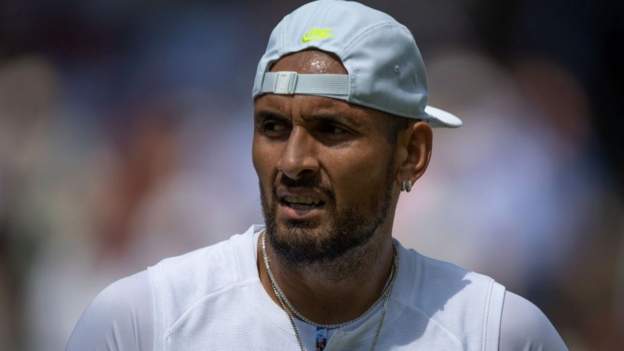 Wimbledon quarter-finalist Nick Kyrgios is set to appear in court in Australia next month in connection with a public assault allegation.

Police said it followed an incident in December last year that Kyrgios’ lawyer said was “in the context of a domestic relationship”.

Kyrgios is now scheduled to appear in the Australian Capital Territory Magistrates’ Court on August 2.

He will play Chilean Christian Garin in the quarter-finals at Wimbledon on Wednesday.

“Given that the matter is before the court, he has no comment at this point, but over time we will issue a media statement.”

“ACT Police can confirm that the 27-year-old Watson man is scheduled to face ACT court on August 2 in connection with one count of public assault following an incident in December 2021,” a police statement said.