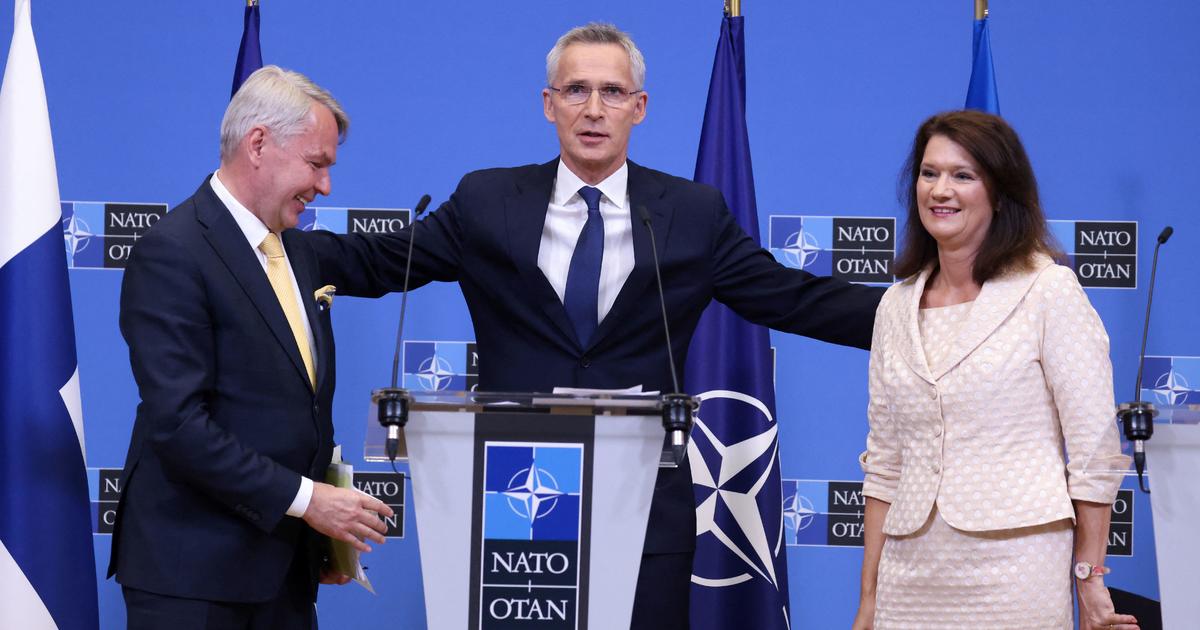 London On Tuesday, the 30 NATO ambassadors signed accession protocols to Sweden and Finland to join Transatlantic Military Alliance. It was the next step in NATO’s most significant expansion process since the mid-1990s, and the alliance’s direct response to Russia’s war on Ukraine.

The protocols still had to be ratified by the legislatures of each allied government before the Scandinavian countries could become official members, but the group’s Secretary General Jens Stoltenberg called it “a truly historic moment for Finland, Sweden and NATO”.

“With 32 countries around the table, we will be stronger,” Stoltenberg said.

Russian President Vladimir Putin cited NATO’s eastward expansion in Europe as one of the main factors that led him to order the invasion of Ukraine in February. But when Finland and Sweden become full members, it will place two more NATO countries on or near Russia’s land borders.

One of the demands Russia made of Ukraine prior to the invasion was that it commit never to join NATO, in part due to Moscow’s concerns about the presence of NATO countries on its immediate borders.

“With Sweden and Finland, we don’t have the problems we have with Ukraine. They want to join NATO, go ahead,” Putin said on Russian state television last week. But he added a warning: “If military units and infrastructure are deployed there, we will have to reciprocate and create the same threats to the territory from which the threats to us arise.”

A potential NATO member must have the blessing of all existing members, and Turkey initially said it would block Finland and Sweden bids for accession unless members of the Turkish opposition in European countries were handed over to Ankara. Turkey made an agreement with the Nordic countries at the NATO summit last week and Drop this threatBut she cautioned that it could still block their accession if they felt they were not meeting the end of the deal.

Stoltenberg said Tuesday he expected to move forward with ratification.

“There were security concerns that needed to be addressed, and we did what we always do at NATO – we found common ground,” he said.

It can take months for Sweden and Finland to become formal members of NATO, as each country in the alliance has its own legislative procedures with which to work. But representatives of the two countries can now attend NATO meetings, even if they do not have voting rights, and will have greater access to intelligence.

Prior to certification, they were not protected under NATO’s Common Defense Clause, which states that an attack on one is an attack on all. So far, this provision – Article 5 of the NATO Charter – has been invoked only once by the United States when it called on its allies to help overthrow the Taliban regime in Afghanistan that enabled al-Qaeda to launch an attack on September 11, 2001.

“We will be stronger and our people will be safer because we are facing the biggest security crisis in decades,” Stoltenberg said on Tuesday.

Halle Ott is a digital reporter/producer for CBS News based in London.