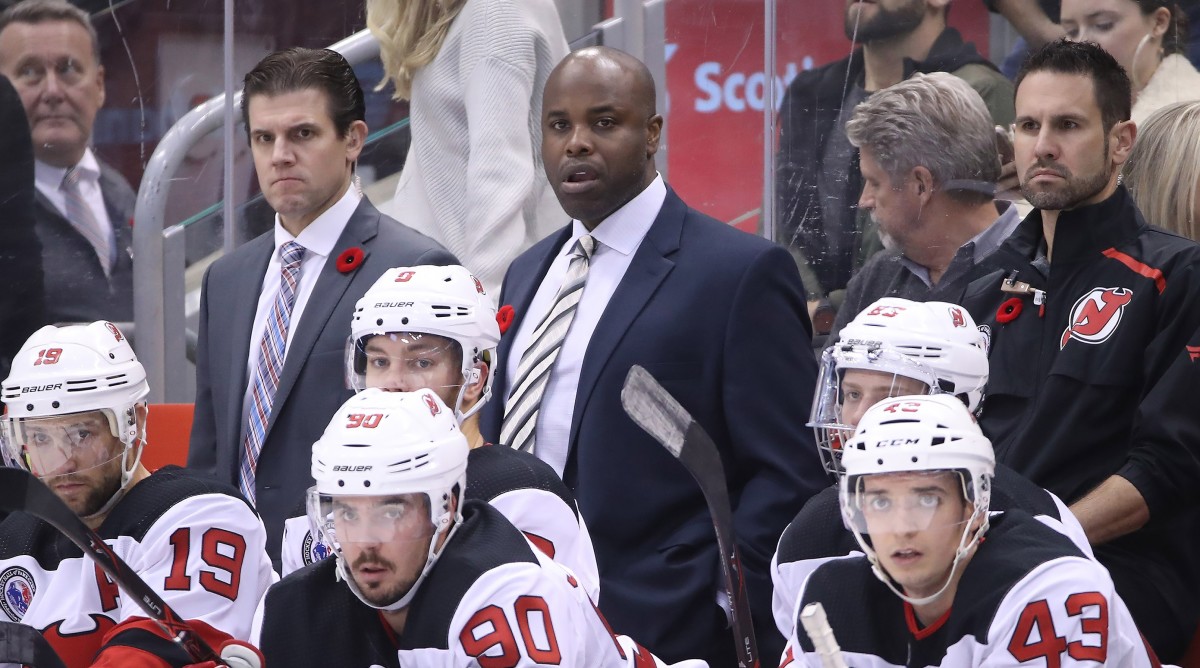 Mike Greer has been appointed general manager of the Sharks, becoming the first black man in NHL history to hold the position, According to ESPN.

San Jose hasn’t officially released the news, but has scheduled a press conference at 2 p.m. ET on Tuesday when Greer’s appointment is expected to be announced.

Greer, 47, played 14 seasons in the NHL for the Oilers, Capitals, Sabers and Sharks before retiring in 2011. From there, he moved to the sidelines where he worked as an assistant coach for the Devils, Blackhawks and Rangers. Grier, who is also the brother of Dolphins GM Chris Grier, spent last season as a consultant for Rangers hockey operations.

Greer is preparing to replace interim general manager Joe Weil, who slipped into the role after longtime general manager Doug Wilson left the team after 19 years for medical reasons.

The sharks are also looking for a new trainer After Bob Bogner and his staff were fired on July 1,. Will said in a statement earlier this week that the new GM must “have complete independence” to hire the next coach.

San Jose hopes that the organization’s leadership reform will help bring the team back into competition in the Western Conference. After losing post-season on only two occasions between 1997 and 2019, the Sharks did not make the playoffs for three consecutive seasons, the longest drought in franchise history.

• How an avalanche stormed their way to the Stanley Cup
• Sedin Twins, Luongo and Alfredsson to be inducted into HOF Hockey
• Report: Doclear Panthers suffered an off-season Achilles injury