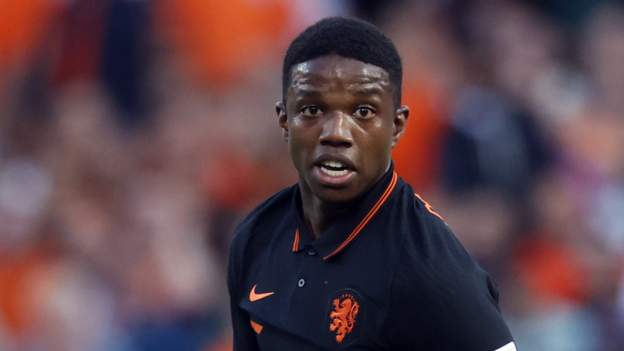 Manchester United have signed full-back Terrell Malacia for £13m from Feyenoord on a four-year contract until June 2026, with an option for another year.

The Dutch defender, 22, made 136 appearances for his boyhood club Feyenoord.

Malacia is the first new arrival in Erik ten Hag’s tenure as Manchester United manager after his transfer from Ajax.

“It’s an incredible feeling to have joined,” he said.

Malacia added: “This is a new chapter for me, a new league with new teammates and a tremendous manager who is leading us. I know who plays against his teams in the Eredivisie, the qualities he has and what he demands from his players. .

“While I know I am still young and will continue to develop, I can promise United fans that I will leave everything on the pitch every time I wear the red shirt.”

He was in talks with French club Lyon before United intervened.

It was hoped the Netherlands international’s deal could be sealed on Monday, but it was delayed pending a work permit.

Left side Malachia is expected to be part of United’s squad that departs on a pre-season trip to Thailand and Australia on Friday afternoon.