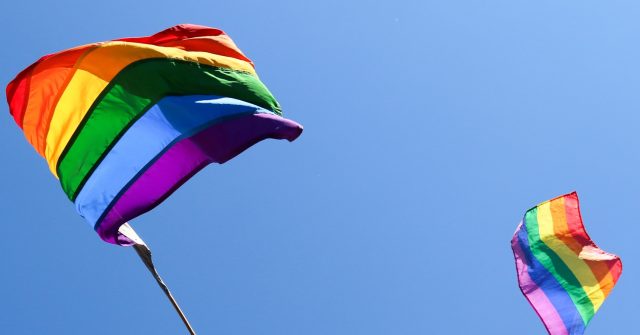 Police arrested a man in the Swedish city of Karlskrona over the weekend after he allegedly made “Nazi gestures” in the middle of a gay pride parade.

appreciate 2000 people Take part in Sunday’s Pride Parade in Karlskrona, which saw marchers march through the coastal city center. During the rally, a man was said to have made “Nazi gestures” towards the parade participants according to local police.

Police spokesman Patrick Force commented on the incident, which saw the arrest of the man after his gestures, Says SVT Radio, “What I know is that a man has been taken into care and is now handed over to the health service. At the moment, there is no suspicion of a crime, but there may be hate speech.”

Sophia Allen, Karlskrona Pride coordinator, added, “It was good that the police were able to intervene directly. But what I feel is that it was great that things were going well, it was very aggressive.”

The Twitter account operated by the European Commission marked the start of Pride Month in June by declaring “the future is strange” and promoting a new campaign. https://t.co/TNB5x7XSI1

This incident comes just one week after a mass shooting in a gay bar in Oslo took place ahead of Pride celebrations in the Norwegian capital, which left two people dead.

The main suspect in the case, Iranian national Zaniar Matapore, is said to have been linked to radical Islamic extremists, including Irfan Bhatti, an Islamist who created the Profetens Ummah (Prophet’s Community), a group with links to the Islamic State terrorist organization. Collection.

But elsewhere in Europe, Pride events have continued without incident, including a parade in the German city of Cologne that was said to have seen nearly a million people turn out on Sunday.

Sven Lehmann, the German government’s commissioner for the acceptance of sexual and gender diversity, stated that the show was a signal against extremists saying, “Everywhere in the world, unfortunately also in Germany, there are extremists at work who don’t want to give us our freedom.”

“The strong signal from Cologne is: We will never allow them to take away this freedom,” he said.