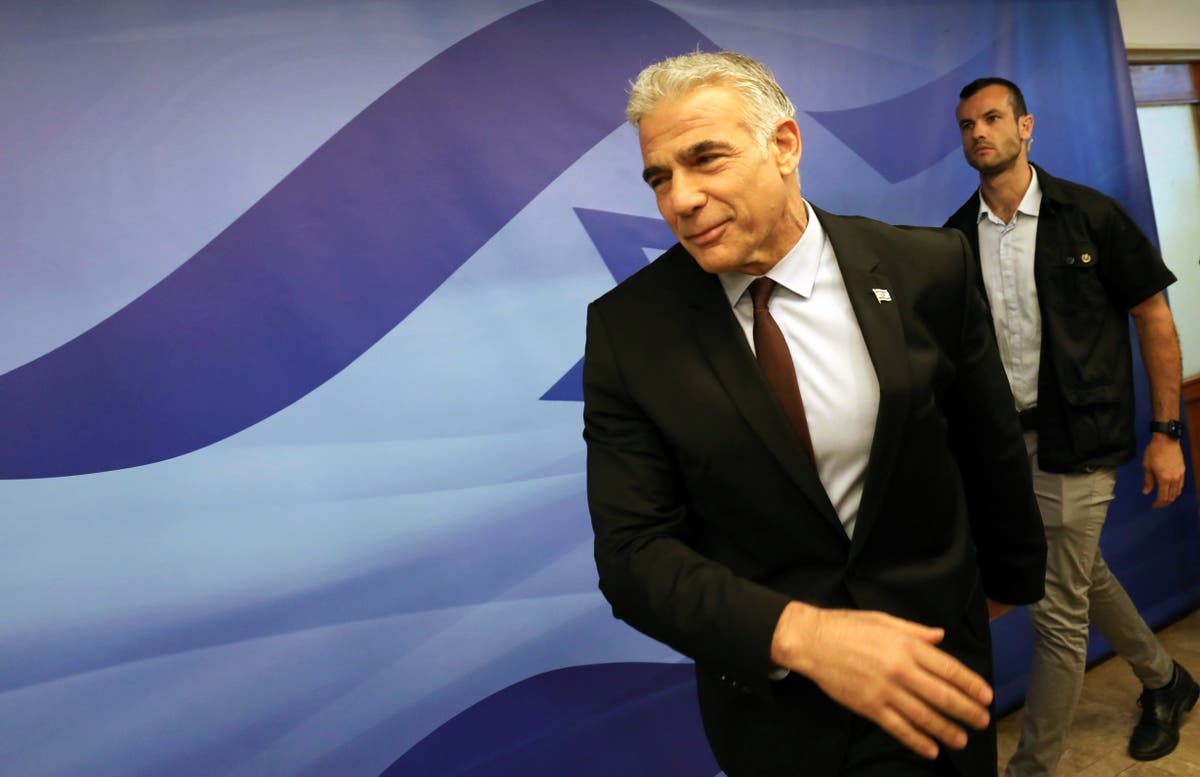 Lapid said one of the main goals of his meeting with Macron was to convey Israel’s position on the Iran nuclear deal, which is currently being negotiated between world powers and Iran. France is one of the parties to those talks.

“It is important that our opinion is heard at this time against this dangerous deal and against Iran’s organization and its possession of nuclear weapons on this issue,” Lapid told reporters on the runway before takeoff.

Lapid took over as Israel’s prime minister after parliament voted to dissolve it last week, sending the country into a fifth round of elections in less than four years. Lapid previously served as foreign minister in the coalition government formed last year that ousted leader Benjamin Netanyahu.

He heads the centrist Yesh Atid party, and was one of the architects of the historic alliance of eight diverse factions united against Netanyahu, the first ruling coalition to include an Arab party.

He also said he would discuss matters relating to neighboring Lebanon, days after Israel announced that it had shot down three drones launched by Lebanese Hezbollah and bound for an area where Israel recently built an offshore gas platform. Hezbollah confirmed sending unarmed drones on a reconnaissance mission.

Israel and Lebanon have no formal diplomatic relations, but they have been engaged in indirect, US-brokered talks to delineate their maritime borders. France is a major supporter of Lebanon, the former French protectorate, and Macron tried unsuccessfully to mediate a solution to the political crisis in Lebanon.

Lapid said, “Israel will not condone this kind of attack on its sovereignty, and whoever does so should know that he is unnecessarily risking his well-being.” “The Lebanese government needs to rein in Hezbollah with regard to these attacks, or we will be forced to do so.”