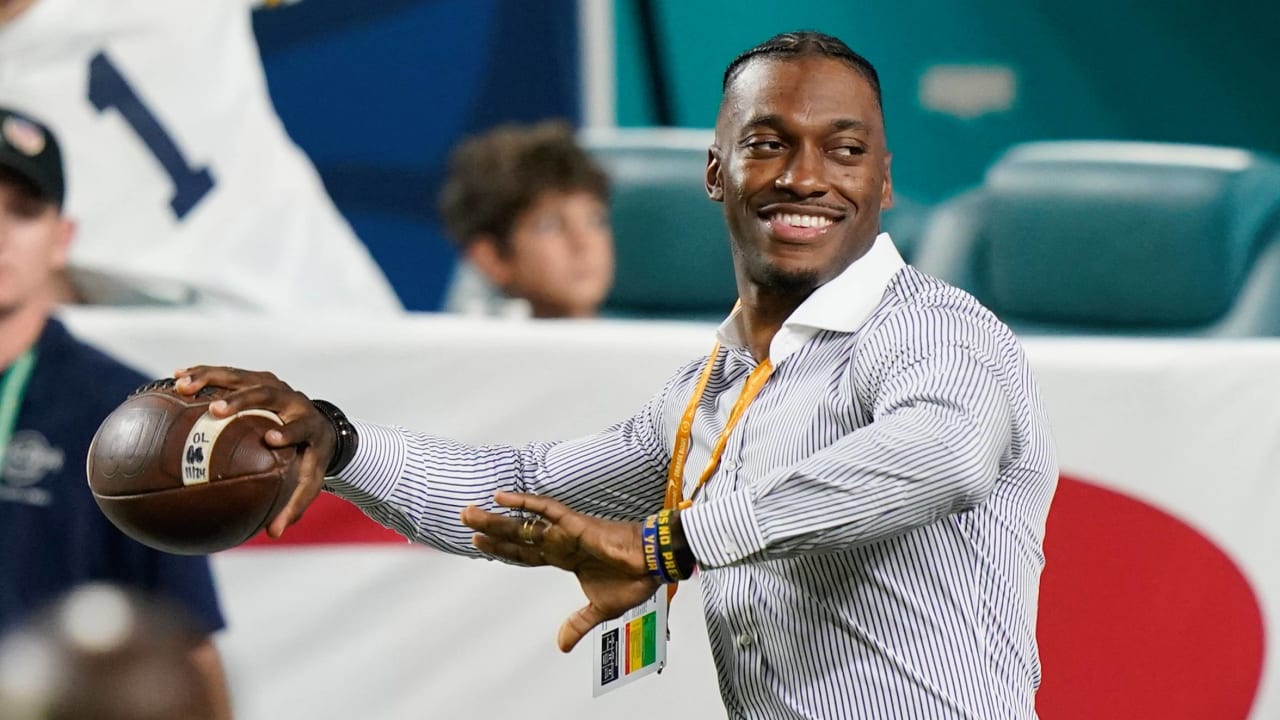 Robert Griffin III hasn’t taken an NFL game in 19 months, but the former first-round quarterback is keeping his options open for a return to the league.

‘” said Griffin, now a 32-year-old ESPN football commentator Christopher Williams of KWTX in Waco, Texas This weekend he is keeping his football fit in case he gets a call back.

“I’m ready to go now,” RGIII said. “I train every day. I train and I exercise. I know what it takes to get my body ready and I do these things. Yes, it’s a little harder when you’re flying all over the place doing things for TV, but when you really want something, you make it work.”

“So if I get that call this year, next year, or five years from now I’ll be ready to play.”

The second overall pick for the 2012 draft, Griffin bounced from Washington to Cleveland and finally to Baltimore over the course of nine years of his turbulent career in the Pro. Spent the past three seasons in backup Lamar Jackson with crows, but eventually replaced by Tyler Huntley. Griffin was last seen on the field, starting in place of coronavirus-stricken Jackson on a Wednesday afternoon in December 2020, completing seven passes for 33 yards and a pick, while rushing for 68 yards in seven attempts in a 19-14 Ravens loss to the Steelers. He left the match with a hamstring injury, and shortly thereafter was put into the injured reserve and hasn’t played anything since.

If a place opens for Griffin on the NFL roster in 2022 (or 2027), QB is ready to return to the position. But as RGIII explained, he’s now comfortable calling the game from the sidelines.

“I still love to play, but now I just focus on doing my best as my storyteller and doing the best I can,” Griffin said.