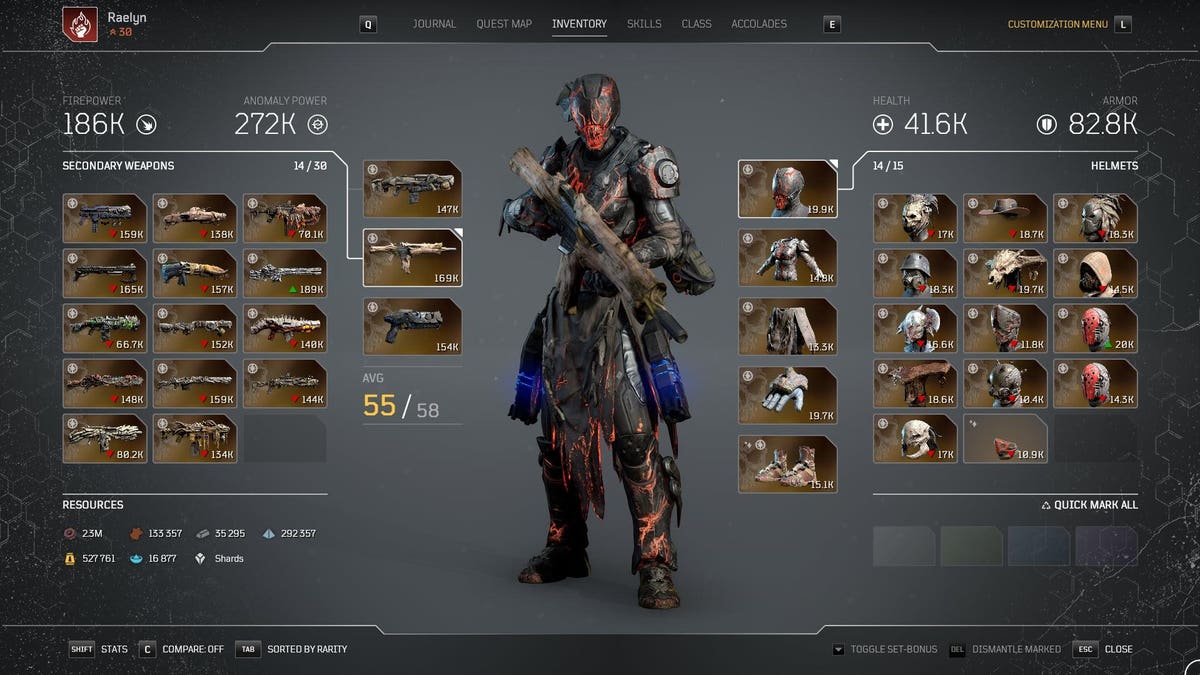 Well, how the hell did that happen? Despite my admittedly mixed thoughts about the Outriders’ Worldslayer expansion, in which I wonder if its total content equals its $40 asking price, I found myself severely Hooked on the new farming episode, it has overtaken Destiny as the most played game at the moment.

I still stand by my initial assessment. The new campaign elements are short and feel like a prelude to the end of the game, and not something particularly appetizing. And having a single, repeatable map that’s the main endgame for all Outriders now seems like a small problem.

So then, am I addicted to it? This will always be the best thing Outriders do: build. I’m having an absolute blast playing my different classes and trying out the new builds that Worldslayer has unlocked. The main draw here is twofold:

First, there is a lot of new loot. Many, many new Legendary Guns, 2 new Legendary combos per class, and Neutral multiplayer combos that are better than the old ones. Lots of new perks are attached to all of these features.

Second, there’s the Apocalypse system, which attaches a third advantage to all pieces of gear that have a chance of being Level 3 Legendary, making builds at least 33% more insane than they were before, as you can now have an additional advantage on all eight pieces of gear . And since you can’t change this final feature, it’s very hard to find exactly build you want. And you’ll be doing a lot of grinding anyway, given that the climb to Apocalypse Tier 40 is huge.

So far, this has meant creating a super version of the already powerful Bleed Devastator design, which can now be equal to more Cannot be eliminated and damage scaled to new heights with more anomalous boosts. And on PC, I’m running a new build on my Pyromancer that lets me sequence mob heat bombs to get the most efficient AOE I’ve ever seen, although I’m still working on how to improve it on single target damage for the game’s chubby bosses.

While yes, the trials of Taria Gratar he is Frequently, I just really enjoy…playing the game with these new builds and looking for new loot. In an ideal world, sure, there would be a couple of these maps and I wouldn’t have to fight the same stupid “slashing stilts” boss every time, but I definitely enjoy all of this more than I could have imagined when I got to the end of the game for the first time, I came close to launching. The more equipment I have access to, the more fun I get, which almost matches what the vanilla version of the game felt like, as you don’t really understand its true potential until you get full legendary sets. The same is true here with all the new items they’ve added.

Still not sure if I can recommend it to more casual gamers at $40, but the second is on sale? Definitely picked it up.