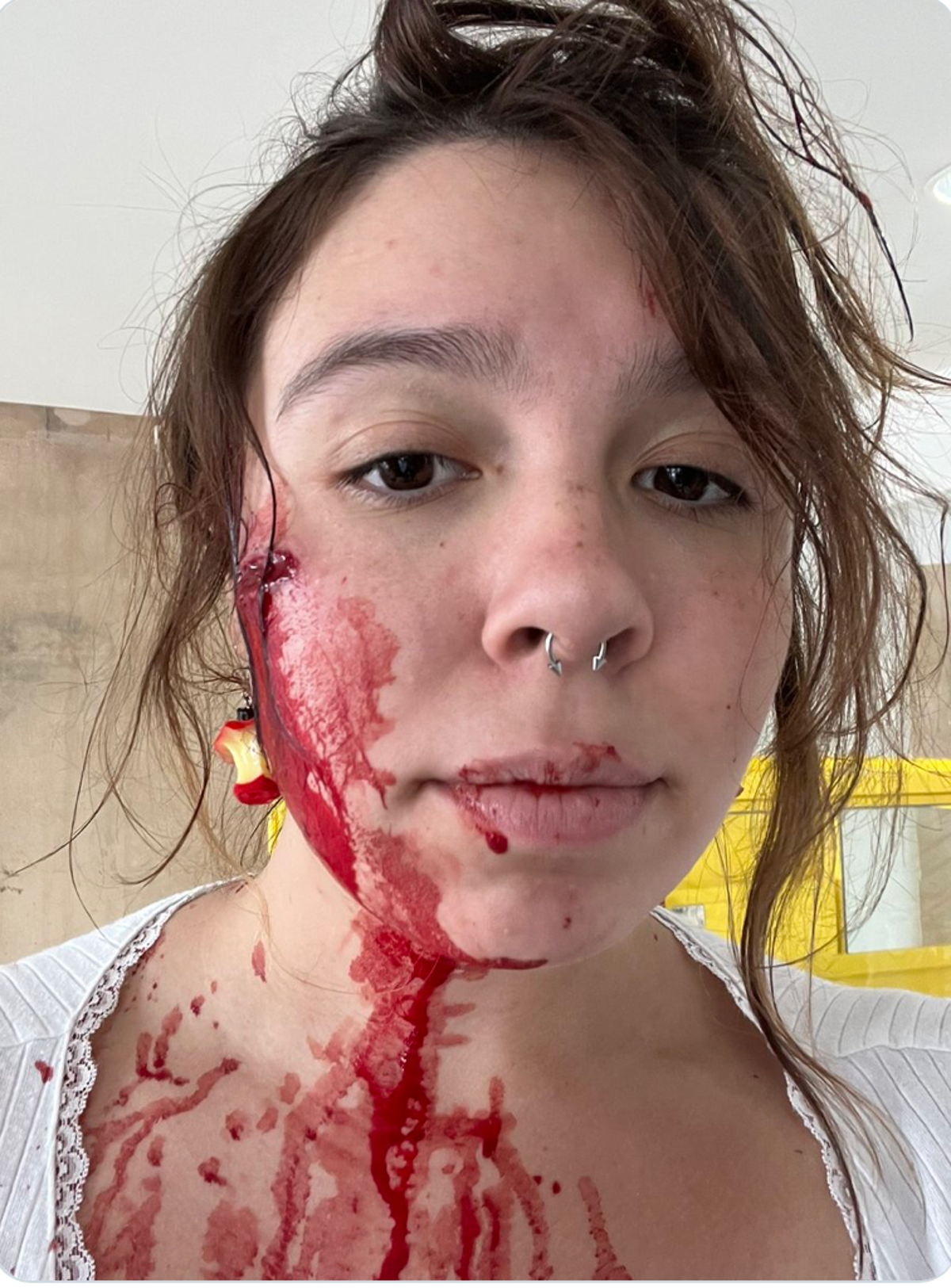 A young showrunner who narrowly escaped after her cheek was shot by a bullet in the July 4 mass shooting in Highland Park shared pictures of her injuries while invoking a “hilarious” lack of gun control.

“Can’t believe I was in the middle of a mass shooting,” the woman, known only as Lily, wrote under a photo of her bloodied face.

“I’ve felt safe on this show for 18 years and today I got shot and nothing will change in America, that’s ridiculous.”

Six people were killed and 38 injured – between the ages of eight and 85 – when suspected gunman Robert E. Cremo opened fire just after 10 a.m. CST from a rooftop near downtown Highland Park.

Pictures posted while Lilly was being treated at the hospital showed a large wound near the top of her right cheek where she was hit by a bullet from an “AR-15-like” rifle fired by the shooter.

“I am still in shock. I am so sorry to everyone who lost loved ones today,” she said shortly after the shooting.

Her frustration over the lack of gun safety reform sparked a reaction from Democratic Representative Eric Swalwell, who vowed he would “do more” to prevent more mass shootings.

“We can’t stop working until we ban and buy back assault weapons, demand background checks, we have red flag laws. We have to change America, Lily.”

After her tweets went viral, receiving more than 300,000 retweets, likes and comments, Lily said she didn’t seek any attention.

“I want to thank everyone who interacted with and shared my post, I didn’t post an interest in myself, I wanted to share the truth of what’s happening to so many people, and help people realize that things need to change.

“Thank you guys for your good wishes and support.”

She also thanked her boyfriend for bringing him “flowers, stuffed animals, and his own comfort blanket,” even though the hospital was closed.