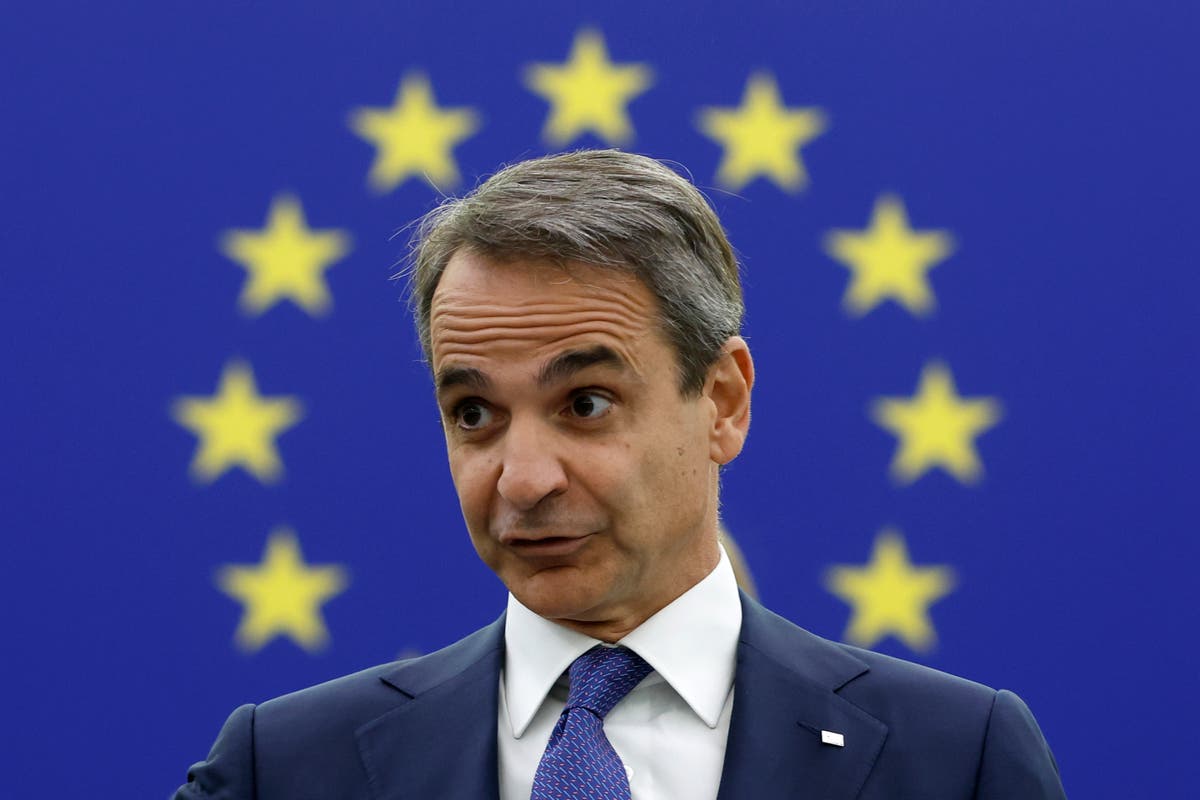 The Greek Prime Minister said, on Tuesday, that Russia’s war in Ukraine is a “turning point” in the course of Europe, stressing the need to avoid any kind of consequences that could encourage aggression by other countries on the continent.

Greece, which has long-running disputes with its much larger neighbor Turkey, which has pushed them to the brink of war three times in the past half century, has expressed strong support for Ukraine in its fight against the Russian invasion.

“The battle of Ukraine is not just another event on the international scene. It is a turning point in the course of Europe,” Prime Minister Kyriakos Mitsotakis said in a speech to the European Parliament in Strasbourg, France.

“We owe it to Ukraine today to avoid any kind of fait accompli that could be imitated tomorrow by potential new troublemakers,” he said.

Mitsotakis noted that he was referring to Turkey’s “persistent aggressive behavior,” with which relations have shown increasing strain over the past two years. Although both countries are members of NATO, the two countries have had decades-old disagreements over a range of issues, including territorial claims in the Aegean and energy exploration rights in the eastern Mediterranean.

Recent controversies have focused on the Greek islands off the Turkish coast, with Ankara accusing Athens of maintaining a military presence there in violation of treaties. Greece is resisting that it acts in accordance with international law and defends its islands in the face of Turkish hostility.

“One thing is for sure,” Mitsotakis said, “we do not need a new revision and a revival of imperial fantasies.” And one more thing is for sure, Greece will not tolerate any questioning of its national sovereignty and territorial integrity.

The Greek prime minister said that his country “closes our doors in the face of threats, keeps our windows open for peaceful communications. Conflicts between states are resolved on the basis of international law, not through bullying.”

“We don’t have a problem like ‘Let’s go to war with Greece, let’s start war.'” Erdogan said after Friday prayers, “Greece does not keep its promises,” accusing Greece of violating Turkish airspace 147 times.

“Of course, if you are going to violate our airspace like this, what will fall on us? My air force will give you the necessary visuals. This is what our air force is doing,” Erdogan said, adding that “our armed forces are doing their duty and if these violations of airspace continue after that, we will continue to do our duty.” in the same way.”

The Turkish president said that leaders of several NATO countries tried to reconcile him with Mitsotakis. “We are not thinking about it now,” Erdogan said, but we will see what happens in the future and evaluate it afterwards.

Zeynep Bilginsoy contributed to this report from Istanbul.