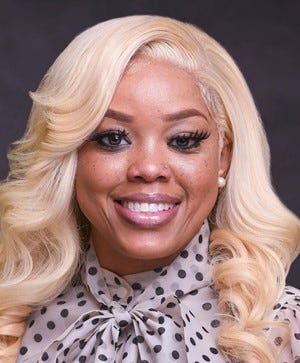 The Grambling State University Athletics Department announced, on Tuesday, the termination of training for volleyball coach Chelsea Lucas. The announcement was made by GSU President Rick Goliath and Dr. Trevan Scott, Vice President for Intercollegiate Athletics.

The decision was made due to the setting up of an internal investigation into the volleyball program based on reports that Lucas had cut every member of the team and abruptly revoked their scholarships.

“The student-athlete success and ability to attend Grambling State University is the highest priority,” Scott said. “As we move forward with this transition and begin the national search for the next coach, all student volleyball athletes who received scholarships for the 2022-23 academic year will retain their scholarships and remain on the team. Walking tours will also continue to maintain their roster.”

vivid nightmare:Grambling players tell it all after the new coach cuts the whole team off

Any additional comments will be retained until the investigation is completed.

“This institution has a responsibility to make sure that student-athletes are given opportunities in a way that is consistent with all regulatory organizations,” Goliath said. “This applies to athletics as much as it does to academics.”

The national search for a new volleyball coach will begin this week.