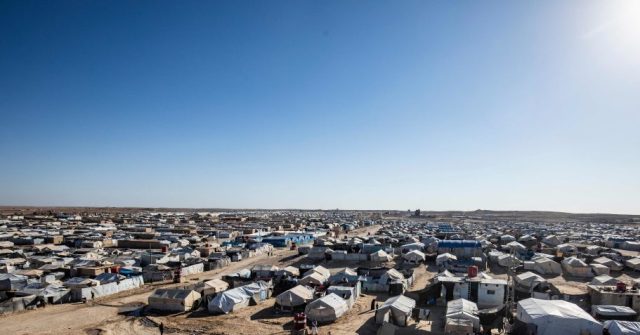 Paris (AFP) – French authorities on Tuesday repatriated 51 women and children from areas formerly controlled by the Islamic State group in Syria, according to a statement issued by the anti-terror prosecutor’s office.

It is the largest single return of women and children to France from camps in northeastern Syria since the defeat of ISIS in March 2019. France has seen more of its citizens leave to join the group than any other country in Europe.

Tuesday’s group consisted of 16 women, aged between 22 and 39, and 35 minors, seven of whom come to France without adult escorts. All but two of the women in the group are French citizens. 12 women returned with their children, and 4 of them had previously agreed to the return of their children, according to a statement by the prosecution.

Eight women were detained for questioning, while the other eight were held under arrest warrants. The children were placed in the care of the Child Protection Services attached to the Versailles Court of Justice.

According to the Public Prosecutor’s statement, one of the 35 minors is in police custody on suspicion of participating in the activities of a terrorist criminal act. The statement said that the minor will soon turn 18 years old.

Many European countries were slow to allow the women and children back, lest they turn violently on their homelands. France, which has seen more of its citizens join ISIS in Syria than any other European country and suffered several deadly attacks at the start of 2015, has been particularly reluctant.

The French authorities insisted that adults, both men and women, who fought with ISIS should be tried in the country where they committed crimes. The authorities also insisted that the citizens and their children be repatriated on a case-by-case basis, a lengthy and cumbersome procedure that has been repeatedly criticized by human rights groups.

On Monday evening, police shot a man with a knife for shouting, “God is great, France is ruled by the Islamic State.” https://t.co/rIpCbgKNyv

In December, a 28-year-old French woman with diabetes died in Roj camp in Syria, leaving her 6-year-old daughter an orphan, according to the family’s lawyer, who has been requesting their return since 2019.

The orphan girl was among the group of children returning, on Tuesday, according to a statement issued by the United Families Group, a group of families that struggle to return women and children detained in Kurdish-controlled camps in Syria and Iraq.

The group said that 150 French children and their mothers are still trapped in the Roj camp.

“France must return them (…) as soon as possible (…) and close this shameful chapter in our history without delay,” the group’s statement read.