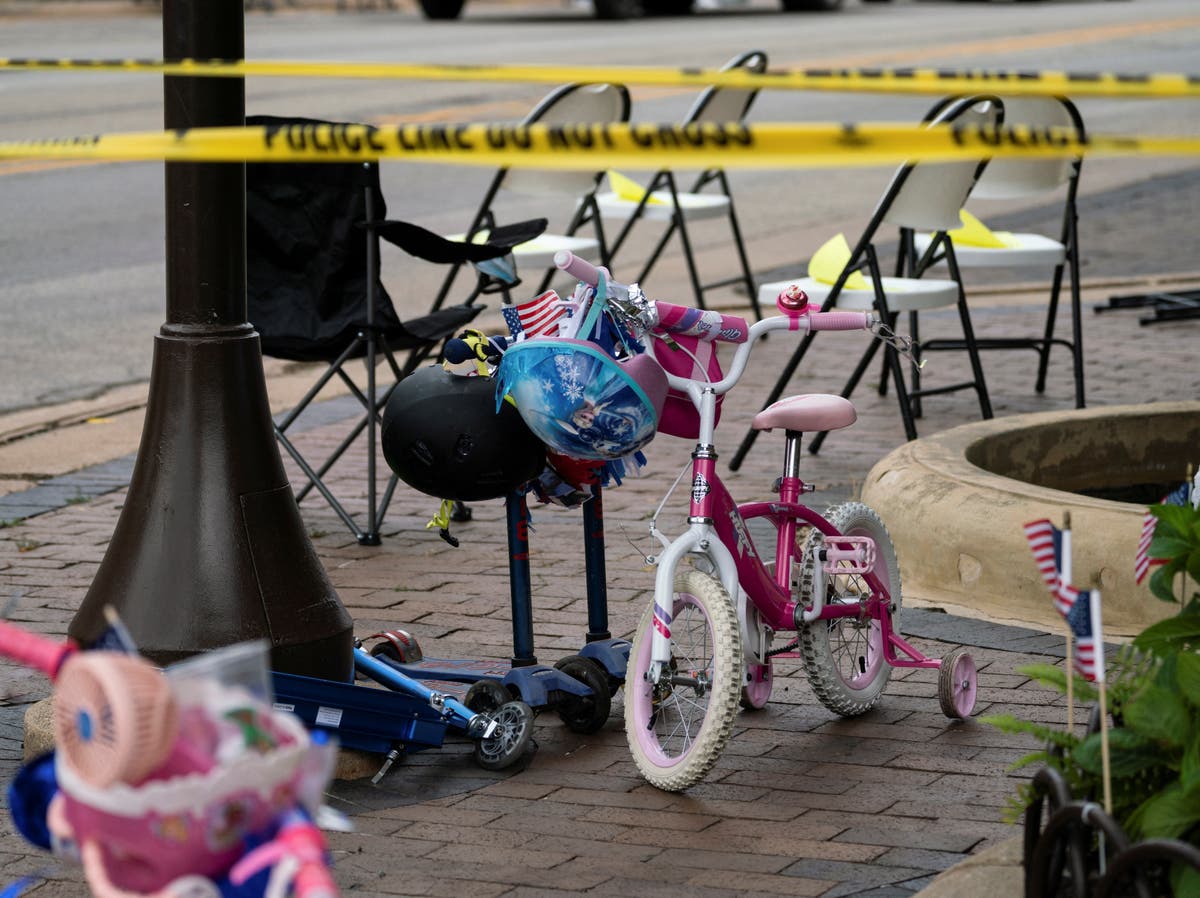 A father who fled a mass shooting in Chicago with his two young daughters in his arms beat up anyone who blames mental illness for the killings.

Hunter Stewart was attending a 4th of July show in Highland Park with his family on Monday when suddenly gunfire erupted.

The writer grabbed his two daughters and ran, later hiding in a stranger’s house for several hours after being separated from his wife amid the chaos.

Recounting the moments following the shooting, the former Huffington Post news editor wrote on Twitter: “Today I ran after a mass shooting with my two little girls in my arms. We broke up with my wife.”

“We hid behind a car and then hid in the apartment of some good Samaritan for 5 hours watching the SWAT teams out of the windows.

“We are all fine but we are angry, very angry.”

He later added, “I don’t want to hear anyone blame this on mental illness, for example. There are hundreds of millions of mentally ill people who don’t shoot innocent people in a parade.”

Six people were killed and at least 36 injured after a rooftop gunman opened fire on families waving flags and children riding bicycles at an Independence Day celebration in a suburb of Chicago.

The scene was described as a “hustle and bustle” as crowds of people fled the area, leaving tricycles, chairs and strollers in a desperate attempt to escape.

Retired doctor Richard Kaufman, standing across the street from where the gunman opened fire, said he heard about 200 shots “like an explosion of fireworks.”

He said, “It was a hoopla.” “People were covered in blood falling on top of each other.”

The 36-year-old native from Highland Park, who wanted to be identified only as Sarah, said she had attended the show since her childhood years.

“Five minutes later, very soon after, the police and firetrucks passed by part of the parade, I heard ‘pop, pop, pop, pop, pop,'” she said, adding that she initially thought They were guns sometimes used in rallies.

Hours after the shooting, police announced that they had arrested 22-year-old Robert E. Cremo III, from the area, after a brief chase.

Nicholas Toledo, 70, was the first victim identified by his relatives late Monday.

Grandpa was visiting from Mexico and was enjoying a family day out when he was murdered.

CBS Chicago reported that some of his relatives were also injured, but he is expected to survive.

Another person killed in the shooting was Jackie Sondheim, a teacher at a synagogue in Highland Park. The North Shore congregation in Israel confirmed her death in an email to worshipers.