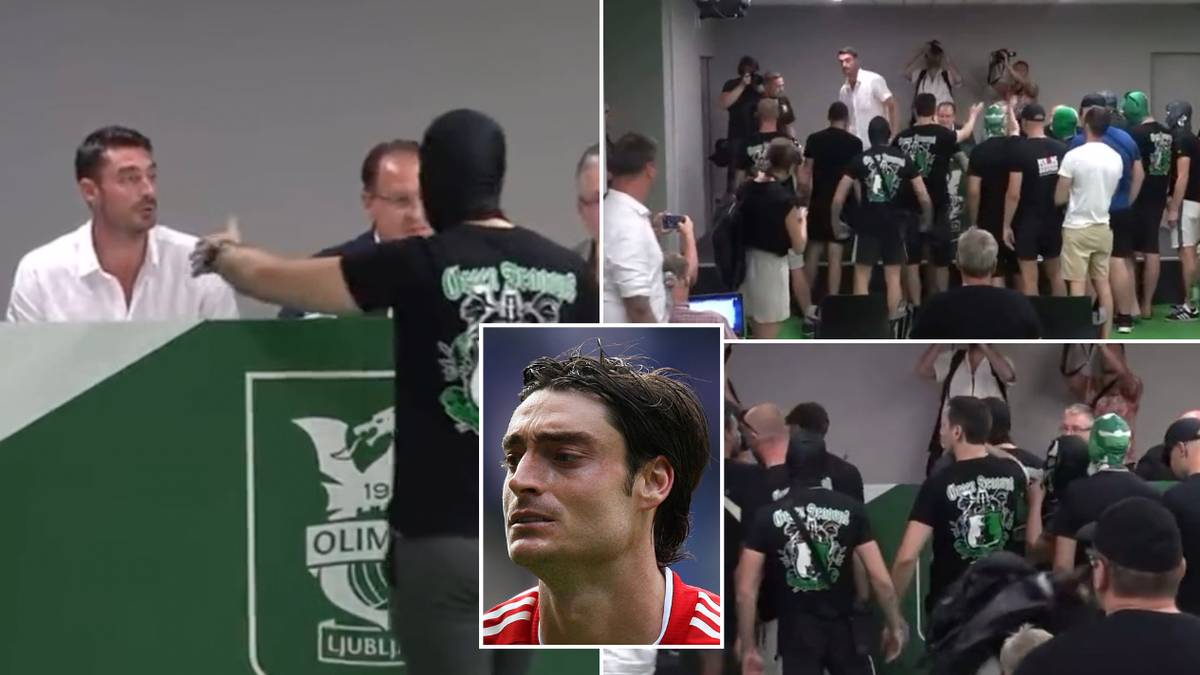 Riera, 40, was revealed as the new coach of the Slovenian club in a presentation on Monday.

But the press conference was interrupted when more than a dozen angry ultras swept into the room to stage a protest.

Fans, many of whom wore masks, were furiously confronted by the club’s sporting director, Mladen Rodonia and Rera, forcing the former Liverpool player to leave the hall.

According to the Spanish port El Partidazo de COPEThe Ultras were unhappy with the dismissal of former coach Robert Prosinecki, who was sacked last week after a row with the club’s president, Adam Dilios.

Prosinecki was dismissed after just three months in the role and replaced by former Spain international Riera.

It’s a bumpy start for Rera in his first managerial job, after spending two years as an assistant at Turkish club Galatasaray.

He took on his first training session as an Olympia coach on Monday.

His first competitive match comes on Thursday when Olympia meets Luxembourg Diverdang 03 in the first round of qualifying for the UEFA Conference League.

During his football career, Reira spent two seasons at Liverpool after joining the club in a £8m transfer from Espanyol in 2008.

He scored five goals in 56 appearances for the Reds before leaving for Olympiacos in 2010.

Reira also spent stints at Bordeaux, Galatasaray, Watford, Udinese and Mallorca, while spending six months on loan at Manchester City during the 2005-06 season.

He finally retired in 2018 after short stints with Slovenian clubs Zafrik and Koper.