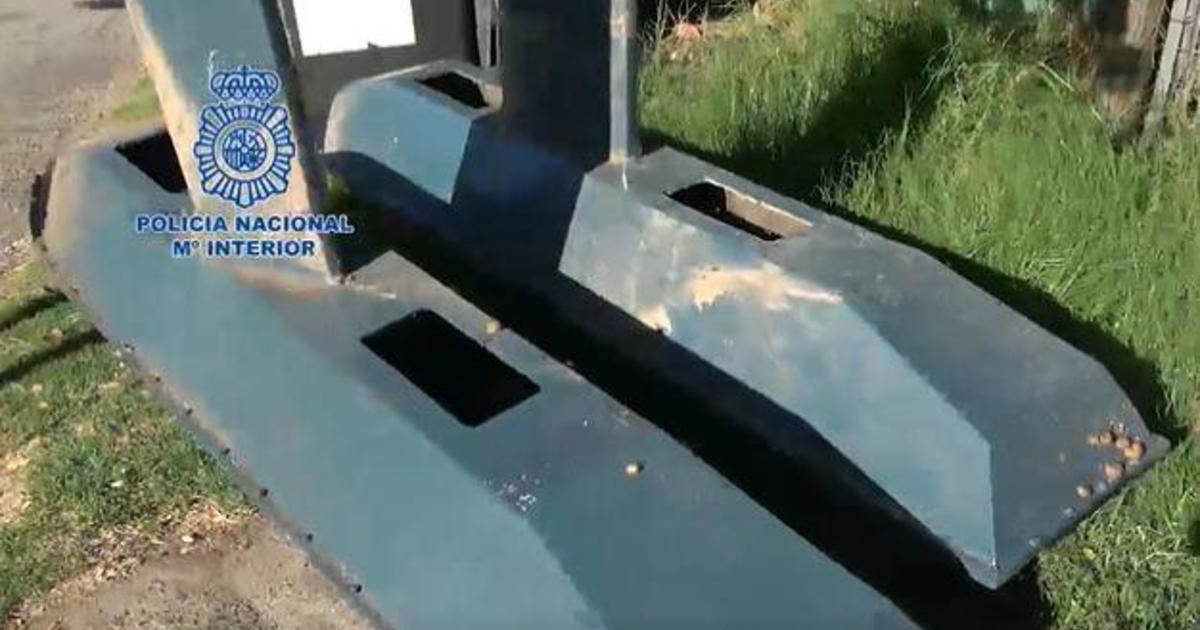 The Spanish police said, on Monday, that they had seized three underwater drones capable of transporting large quantities of drugs from Morocco to Spain and had dismantled a gang suspected of making them.

Officers seized three so-called “drone submarines” that were under construction and arrested eight people in Spain. He said a police statement.

“The three – two under construction and one practically completed – were to be handed over to French drug traffickers to transport large quantities of cocaine,” she added.

Police posted a video of the two drones on social media and said that each one can carry up to 200 kilograms of product.

Police said this is the first time such devices, which are officially known as Unmanned Underwater Vehicles (UUVs), have been confiscated.

“These devices could allow drug smugglers to remotely transport large quantities of narcotics through the Strait of Gibraltar,” the statement said.

The gang also made drones, with the police seizing several large drones with 12 engines each and a range of up to 30 kilometres, more than enough to cross the 15-kilometre (nine miles) strait between Spain and Morocco.

Officials said the gang also made fake bottoms in vehicles to transport drugs.

Police said one of the drug-laden devices “was intercepted on his way to Denmark on a tow truck with the aim of avoiding possible police searches”.

Spain’s physical proximity to Morocco, the main producer of cannabis, and its close relations with the former colonies of Latin America, a major cocaine-producing region, made it a major entry point for the drug destined for Europe.

the police said The process, which lasted 14 months, ended with the arrest of eight people. Six detainees accused of drug smuggling and belonging to a criminal organization were imprisoned.