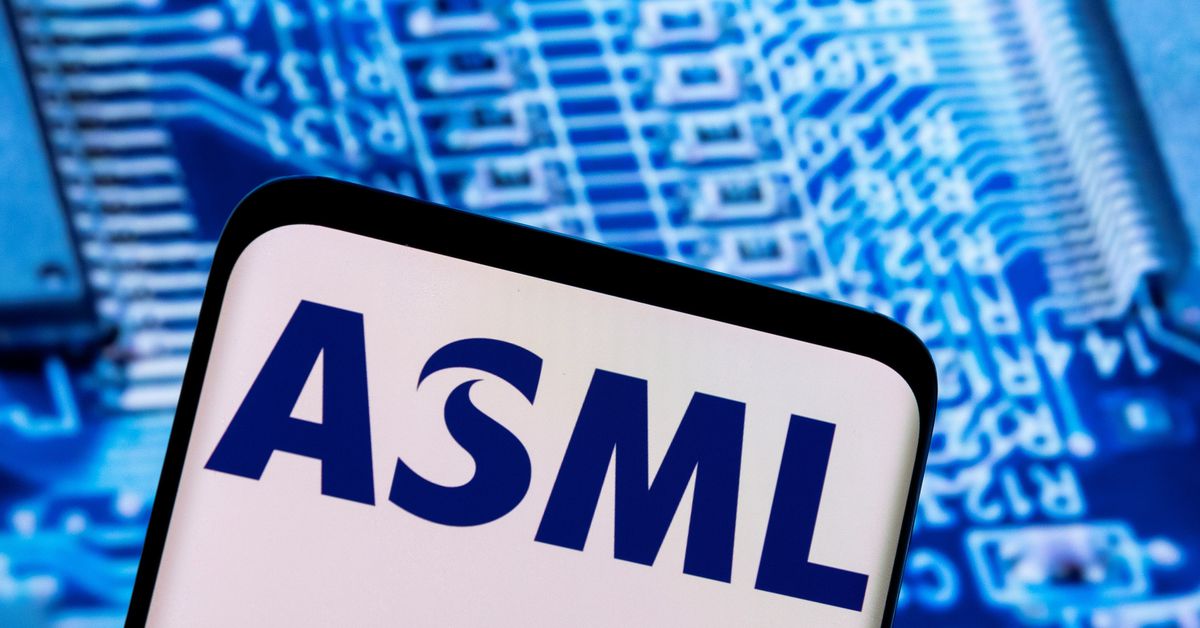 The ASML logo is seen in this illustration taken on February 28, 2022. REUTERS / Dado Ruvic / Illustration

AMSTERDAM (Reuters) – Shares of ASML Holding, a major supplier of equipment to semiconductor makers, fell on Tuesday after a Bloomberg News report that the US government wants to restrict the company from selling equipment to China.

ASML has already been unable to ship its more advanced tools to China, but the report said Washington would also restrict sales of slightly older machines.

US ASML shares fell 7.2% in the wake of the report.

An ASML spokesperson said the company was not aware of any policy change.