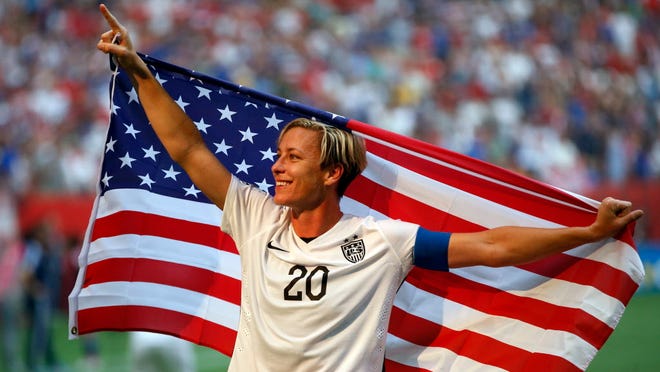 Alex Morgan scored twice to lead the US women’s team to a 3-0 victory over Haiti on Monday night in the opening game of the CONCACAF W Championship in Monterrey, Mexico.

After an early terror that saw Haiti wasting an inch after a poor set-piece defense, USWNT settled and finally took the lead in the 16th minute. Sophia Smith knocked out a low cross from the right by Morgan in the near corner, and Morgan produced a fine shot past goalkeeper Lara Larco.

Morgan headed another cross from the right after seven minutes to advance, as Kelly O’Hara took it off the touchline by sending it with the left foot.

Casey Murphy did well when he denied Melchi Domorny in the 36th minute, but was lucky not to see a conceded goal six minutes later. Domorny’s clever job ended up cutting Emily Fox for Nerelia Mondesier in the box. Roselord Borgella sent Murphy the wrong way, but her penalty cracked the post, leaving USWNT off the hook.

Borghella’s day seemed to turn from bad to worse, as she was given a straight red card for a high kick that hit O’Hara in the face and then lunged to her side. However, referee Marie-Soleil Beaudoin, after reviewing the VAR, stunningly drew the red card and replaced it with only a yellow one.

Morgan thought she had a hat-trick in the 48th minute, only to be caught offside before firing past Larco. Similarly, three USWNT team members thought they had extended their lead in the 78th minute, as Ashley Sanchez and Megan Rapinoe combined to create a Purce score, but the goal was called up again after a VAR check.

Purce was on the attack again a minute later after Rapinoe sent him alone, but it wasn’t denied. A cross by Christie Moyes was not sufficiently cleared by Haiti, and Boris fired home from 14 yards in the 84th minute to seal the score.