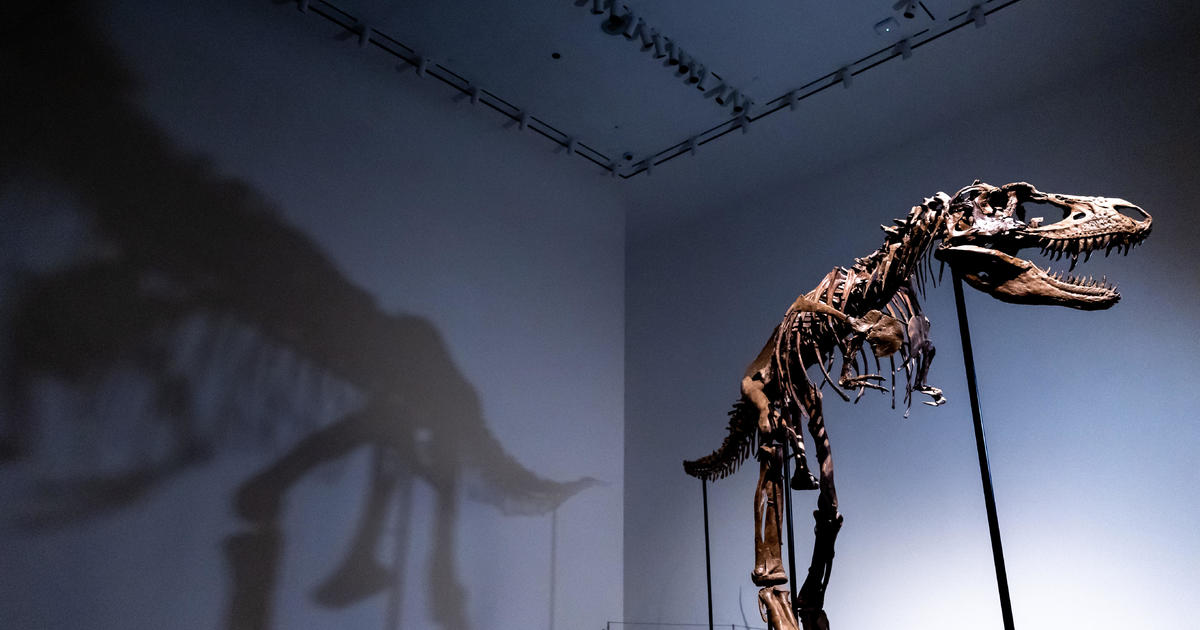 The fossilized skeleton of a relative of T. rex that roamed the Earth about 76 million years ago will be auctioned in New York this month. Sotheby’s announced Tuesday.

The auction house said the Gorgosaurus skeleton will be a highlight at Sotheby’s Natural History auction on July 28.

Gorgosaurus was a major carnivore that lived in what is now the western United States and Canada during the late Cretaceous period. Its lineage preceded Tyrannosaurus Rex by ten million years.

Sotheby’s said the specimen that was sold was discovered in 2018 in the Judith River Formation near Haver, Montana. It is about 10 feet tall and 22 feet wide.

All other known skeletons of a Gorgosaurus are in the museum’s collections, the auction house said, making it the only specimen available for private ownership.

“In my career, I have had the privilege of handling and selling many extraordinary and unique things, but few have the potential to inspire wonder and capture imagination quite like this amazing Gorgosaurus skeleton,” Cassandra Hutton, Sotheby’s Head of Science and Pop Culture, said.

Sotheby’s advance estimate for the fossil is $5 million to $8 million.