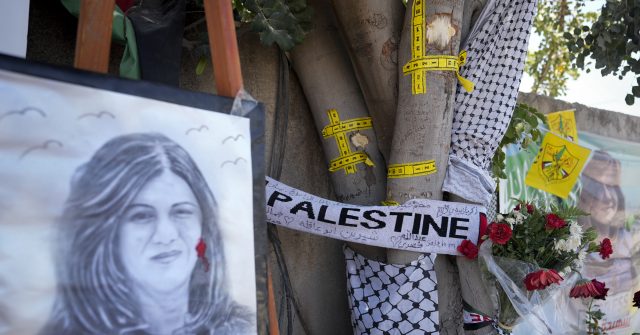 The US State Department said Monday that the ballistic analysis of the bullet that killed veteran Al Jazeera reporter Shireen Abu Akleh in May was inconclusive, but added that it was “likely” that an Israeli soldier fired the fatal shot by mistake.

“After a highly detailed forensic analysis, independent third-party examiners, as part of an operation overseen by the US Security Coordinator (USSC), were unable to reach a definitive conclusion regarding the origin of the bullet that killed Palestinian-American journalist Shireen Abu Akleh,” the State Department said in a statement.

“The ballistics determined that the bullet was severely damaged, which prevented a clear conclusion.”

A Palestinian police student holds a picture of journalist Shireen Abu Akleh, who was martyred in Ramallah while participating in a simulation activity during the graduation ceremony. (Ahmed Zakot/SOPA Images/LightRocket via Getty Images)

Israel has insisted for weeks that it identified the IDF rifle that may have fired the bullet, but it could not confirm it definitively without the bullet.

Israeli experts conducted the analysis in a forensic laboratory in Israel, in the presence of representatives of the Security Council.
The Israeli military also said in a statement on Monday that the poor condition of the bullet did not allow for a “conclusive identification of the source of the fire” that killed Abu Akle.

In the photo of the alleged bullet fired by Al Jazeera, it appears distorted. According to an outlet in Qatar, the bullet ricocheted inside Abu Akle’s helmet.

“In addition to forensic and ballistic analysis, the US Security Council has been granted full access to both the IDF and Palestinian Authority investigations over the past several weeks,” the US State Department said. “By summarizing both investigations, the US Security Council concluded that shooting from IDF positions was most likely responsible for the killing of Shirin Abu Akleh. The US Security Council found no reason to believe that this was intentional but rather the result of tragic circumstances during a military operation led by The Israel Defense Forces against the Palestinian Islamic Jihad factions.

Chief of Staff of the IDF Lieutenant-General. Aviv Kohavi did not confirm the American conclusion about responsibility, but ordered the army “to continue to examine and investigate the incident using all available means, adhere to transparency and search for the truth.”

Prime Minister Yair Lapid responded to the US statement, saying: “Tragically, hundreds of journalists have been killed in recent years in combat zones around the world. The State of Israel understands the importance of press freedom and the protection of journalists in the course of their duties.”

The IDF will continue to fight terrorism whenever and wherever necessary. The IDF investigation was unable to determine who was responsible for the tragic death of journalist Shirin Abu Aqle, but it was able to determine conclusively that there was no intent to harm her. The new prime minister said Israel was saddened by her death. 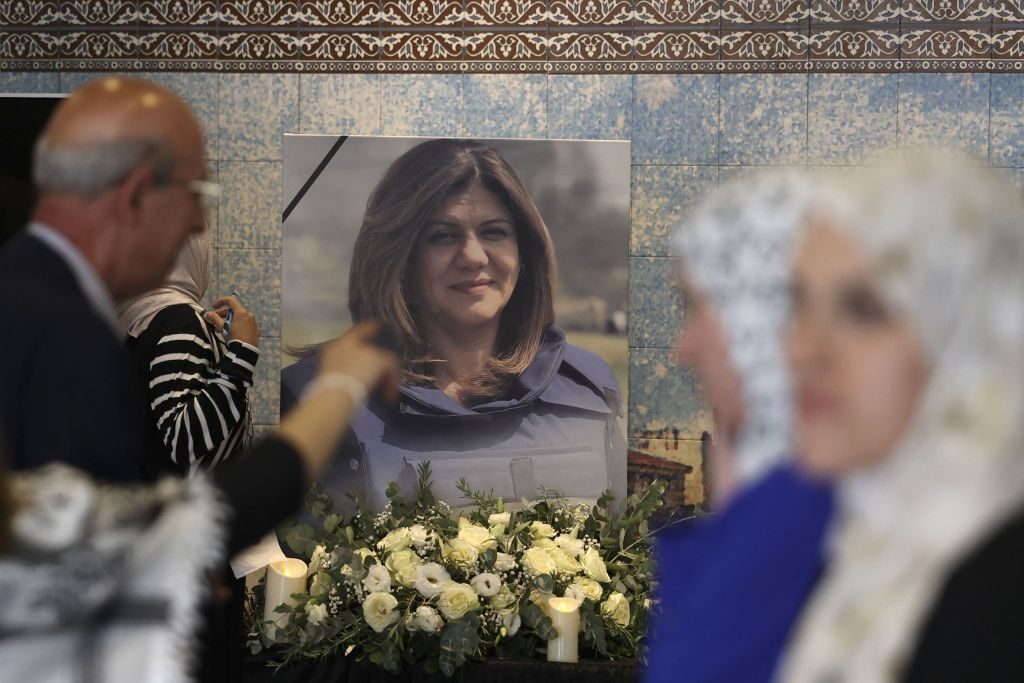 Mourners attend a memorial service for Shireen Abu Akleh, marking the 40th day of the murder of an Al Jazeera journalist in the West Bank city of Ramallah on June 19, 2022 (ABBAS MOMANI / AFP via Getty)

He added, “As the Prime Minister of Israel, I give full and unequivocal support to the IDF soldiers who risk their lives to defend the citizens of Israel from terrorism and who work around the clock for the security of Israel.”
u
Defense Minister Benny Gantz also said Israel would continue the investigation. He added that hundreds of bullets were fired at the troops during the raid, and the soldiers only returned fire.

The Palestinian Authority suggested that the United States protect Israel by not providing an end result.

We were surprised by these statements. The technical data in our possession indicates that the shell condition is viable for firearm compatibility [that shot it]The Attorney General of the Palestinian Authority, Akram Al-Khatib He said in the current situation.

Wasel Abu Yousef, a member of the Executive Committee of the Palestine Liberation Organization, told Reuters, “The truth is clear, but the US administration is still stumbling in its announcement. We say that Israel killed Shireen Abu Oqla and it must be held responsible for the crime it committed.”

Last month, a group of 25 bipartisan US lawmakers wrote a letter last month urging Secretary of State Anthony Blinken to pressure the Palestinian Authority to fire the shot.

“We urge you to demand that the Palestinian Authority provide access to forensic evidence into Abu Aqla’s death for an independent investigation so that all parties can reach a final conclusion about the events that led to her death, and hold all parties accountable,” the lawmakers wrote.