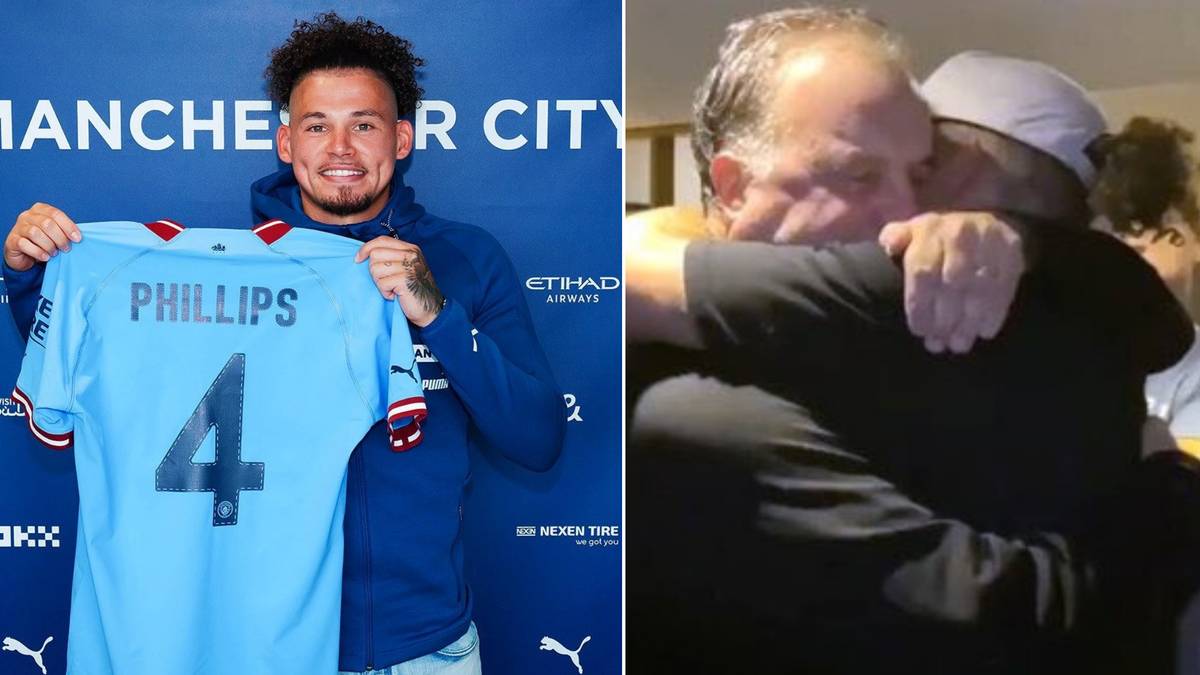 England international Phillips, 26, completed his move to Etihad on Monday.

Premier League champions City have paid an initial fee of £45m for the defensive midfielder, who has been signed to replace Fernandinho.

Phillips left his childhood club Leeds United, with whom he has played since joining their academy at the age of 14.

After confirming his move to City, Phillips sent a heartfelt letter to Leeds on his Twitter account thanking the club, its fans, current manager Jesse Marsh and former coach Marcelo Bielsa.

“Where do I begin? First and foremost, I would like to express how much privilege it has been to play at this fantastic club. Since I debuted at 17, it has been a journey any Leeds player could wish for,” wrote Phillips.

“When I was young, I went to watch my first game for Leeds in the ER, and from that moment on I knew my dream was to put on that white shirt and be out on that pitch. I would like to thank everyone involved in my club for making Leeds one of the best clubs on earth. All A coach I played under him to show confidence in me and teach me everything I know.”

Phillips thanked former manager Bielsa, who led the club back to the Premier League in 2020 before leaving last season after a string of poor results.

“The best coach I have ever come across. He was a man who gave life to the club, gave life to the players, and everyone involved in the club believes that we were good enough to return to the Premier League after 16 years. Not only did he give the club everything, but you also gave me Everything I need to become the person I am today on and off the field.”

“And now to Jesse, you’re a great manager, but what a better person,” Phillips added.

“I came to this club and gave every player confidence and faith in a very difficult season and that’s what kept us in the league. From the bottom of my heart I thank you.”

Phillips added: “To all my teammates from my beginnings to my last game, thank you for helping the Leeds boy realize his dream. I wish everyone all the best for the future and next season.”

“Over the past four years, you and I have shared so many memories, from getting lost in the playoffs to being promoted and then surviving relegation last season. You are such a wonderful group of boys who deserve everything.

Like a proud father. You won this opportunity and I have no doubt that you will do as you have always done for us. Unbelievable player but I’m even more proud of the man I’ve become! Never change. nurtures him. ? https://t.co/DZ4PtRxniM

“Finally, to my family, the fans! I hope you guys understand my decision and accept that I just want to chase my dreams and test myself against the best teams and the best players on the planet. I had so many dreams and I still dream about it… but playing for you was him. The thing I will never forget.

You are the best fan in the world.

“Good luck to everyone involved at Leeds United. I love you all and I’ll miss you. You’ll never say goodbye. See you soon. MOT!”