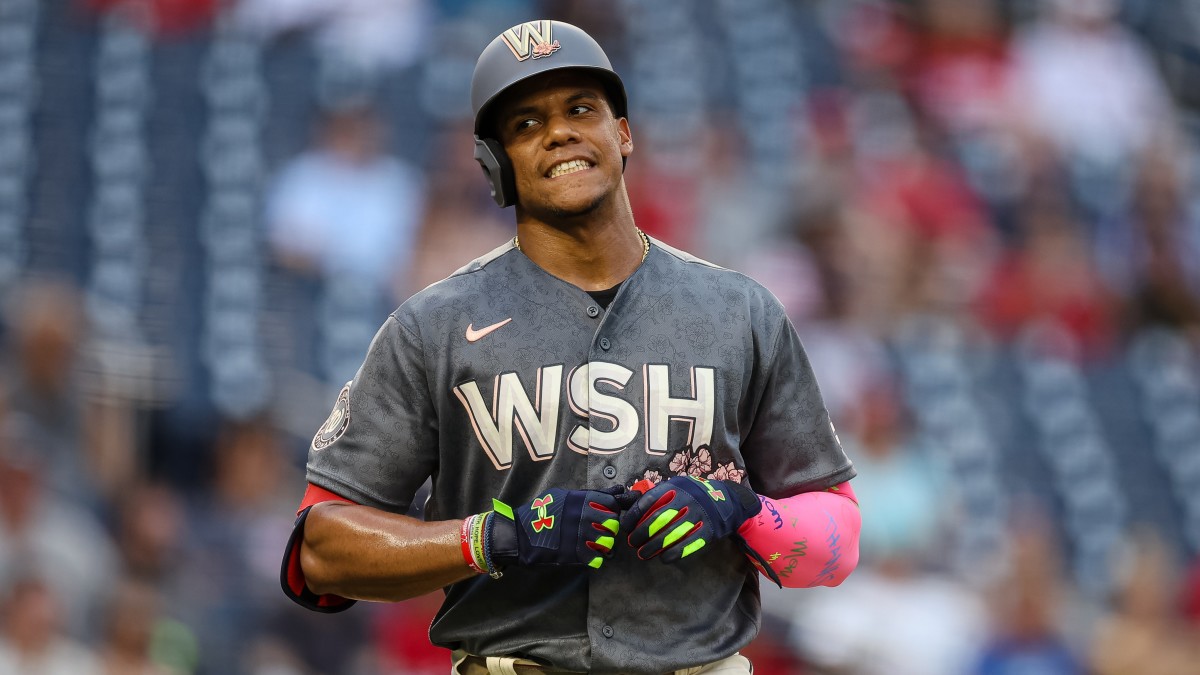 Juan Soto said an MRI on his left leg showed no damage after he left Sunday’s Washington Nationals game against the Miami Marlins due to his tightness, and he plans to take the stand day in and day out.

“Everything was fine,” Soto said. “We will be good. They said it is a little tight, so it will take a few days and see how it goes.”

Soto wasn’t in Washington’s lineup on Monday, but he hit 8 and drew a walk.

The 23-year-old star felt something tight behind his left knee and in his calf after making a throw into the right field at the top of the third inning on Sunday. He came out after running the bases and getting bogged down in the rundown at the bottom of the fourth.

“I didn’t feel so well, so I just decided to quit the game and make sure everything was fine before I could go on and make things worse,” Soto said. “You don’t want to get out of the game so easily. I want to be there, I want to give 100%, so I wanted to try.”

Soto entered Sunday in eight straight games. It makes sense that the Nats would be more careful with the face of the franchise, who they are trying to sign him to a long-term contract.

His teammates were worried about Soto before he got his MRI, but he’s already showing some progress.

“Today I feel better,” Soto said, “and I hope I feel better tomorrow too, and we’ll take it from there.” “I’ll just see how good it is.”

Washington opens a three-game series in Philadelphia on Tuesday. Right-hander Jackson Tytrolet will not play Phillies after being on the injured list for 15 days with a stress fracture in his right shoulder blade.

Tetreault was dealing with some annoyance, then couldn’t hold that arm high after Saturday’s start and saw it was time to say something. The MRI showed much worse news than Soto’s.

“I’d rather solve this problem than keep playing with it and maybe not do well and end up hurting the team,” he said. “As much as I want to be there, that’s the best.”

daily coverage: The rise and birth of the most famous fake news outlet in sports