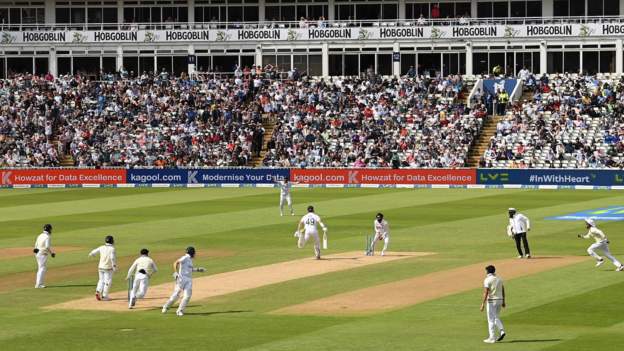 Edgbaston officials are investigating allegations of racist behavior by members of the Horde during the ongoing testing between England and India.

A social media account said there was racist behavior towards India fans at Eric Hollies’ booth.

Another stated that the “disgusting racism” we encountered was “one of the worst abuse we’ve ever experienced in a match”.

Edgbaston officials have apologized and said they will investigate the matter as soon as possible.

They said in a tweet: “We are very sorry to read this and do not condone this behavior in any way.”

An India fan who introduced herself as Reina said: “I had three amazing days watching cricket with some brilliant fans from both teams but today it ruined the whole experience.

“I waited so long for this test match, what a sad ending.”

BBC Sport has contacted the European Central Bank for comment.

England You need 119 more runs To beat India on the last day.